The event not to be missed for bike enthusiasts, professionals and bicycle brands is CosmoBike Show, scheduled on 15th and 16th February at Veronafiere.

The aim of the event is to amaze but also to promote the bike both as a daily means of transportation and as a unique travel experience in terms of eco-sustainability.

We used the word amaze not by chance: acrobatic performances, meetings with the bike champions and test rides on breathtaking circuits are planned. In addition, the main bicycle brands will show their latest models and cutting-edge technologies. This festival is recommended at both expert cyclists and beginners. The ambitious goal is to exceed the numbers reached in the last edition: 32.000 visitors, 183 companies and brands, over 40 talks in two days and 2.500 test bikes on the test track.

Among the guests of this edition, there is Ferrovie dello Stato (Italian State Railways), which has set the goal of boosting sustainable green tourism, integrating train and bicycle as a means of re-discovering destinations, historical-cultural and food and wine riches of our Italy.

There is even a project to create new “greenways” where some railway lines that are no longer operational can become spectacular tracks to rediscover suggestive corners of Italian regions.

The 2020 edition also has a partnership with La Gazzetta dello Sport newspaper, with over 40 events and talk shows together with the great champions of past and present cycling. 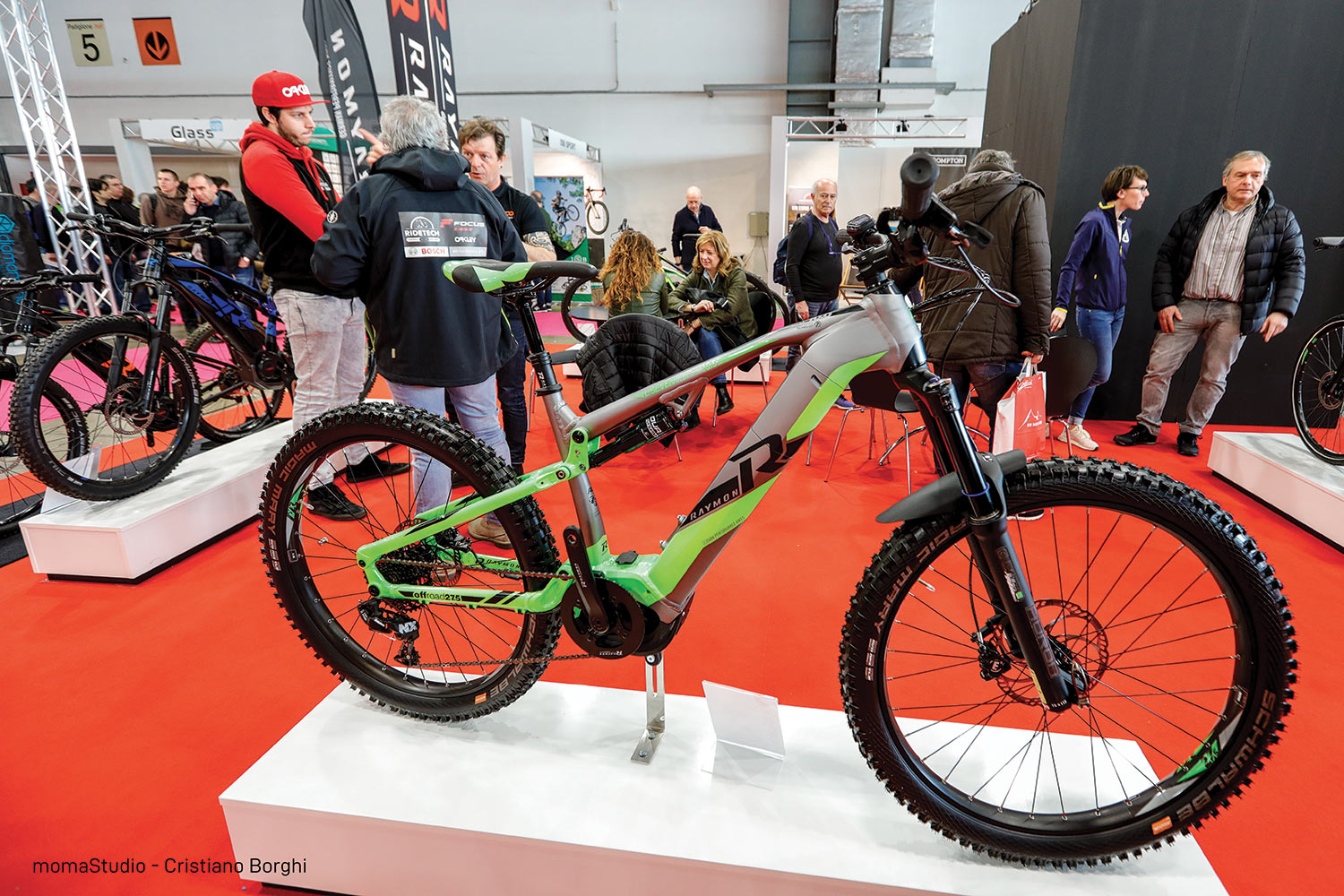 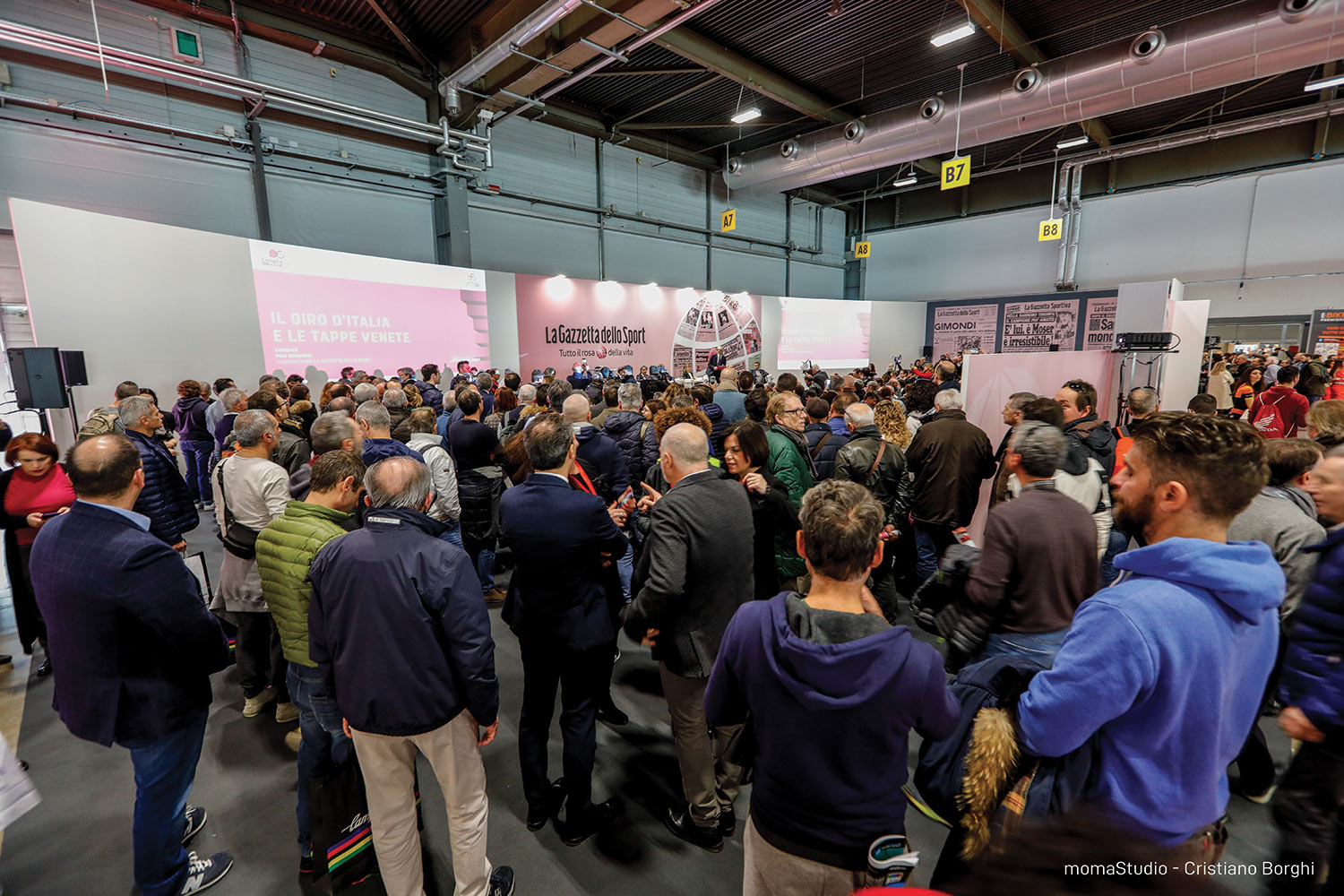 Cycling represents a phenomenon of great importance from an economic point of view for Italy. With 2.445.000 bikes produced in 2018 – plus 43 million euros in turnover compared to 2017 – Italy is confirmed as the first bicycle manufacturer in Europe (source Ancma).

Now in addition to being a country of top bikes, we must become a country suitable for cyclists. Cycling safely, as well as being good for our health, represents an important strategic lever for the development of tourism and the national economy.

Cycle tourism is a market in rapid and constant growth throughout Europe. According to the data provided by Isnart, in our country, this sector is worth 7,6 billion euros and has 77,6 million of tourist presences, 41% more than in 2013. A market that in Europe creates 44 billion euros in satellite activities. In addition, by evaluating the impact on the territory, the cycle tourist spends 40% more than the average tourist. 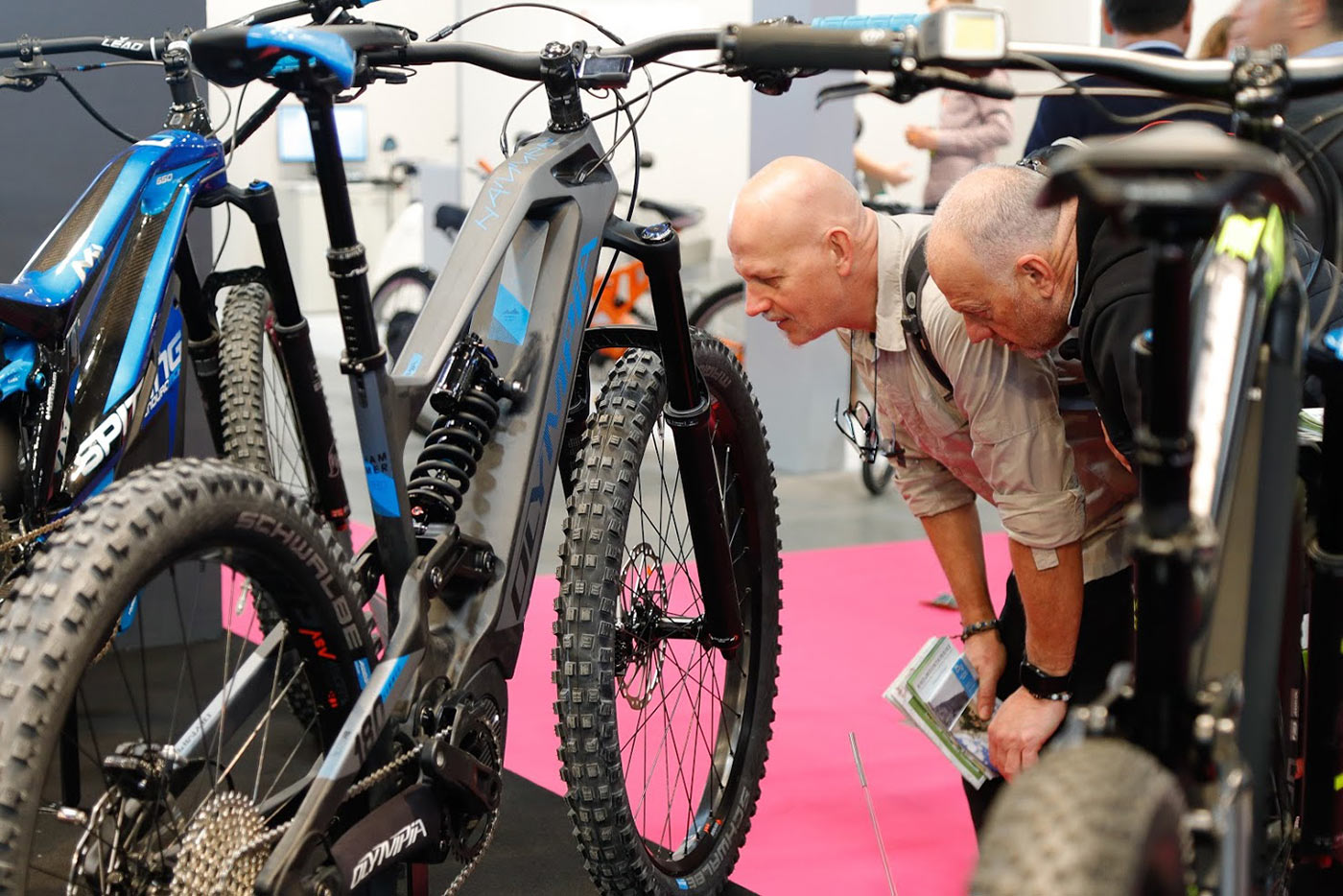 Unfortunately, even if the number of “green roads” and cycle paths increases, most of the possibilities present in Italy are still unknown.

For this reason, CosmoBike Show in collaboration with Viagginbici magazine, organizes the Italian Green Road Award: the initiative that rewards cycling routes and destinations in Italy that offer great opportunities to bike tourists.

The Italian “Oscars“ for cycle tourism, which will be assigned on February 15th , comes from an idea by Ludovica Casellati, director of the online magazine Viagginbici.com and founder of Luxury Bike Hotels, with the aim of highlighting the best routes and territories that they have succeeded in making the most of the “green roads”, with services that help the growth of cycle tourism. Renato di Rocco, President of the Cycling Federation, will reward the most beautiful cycling routes in Italy together with the President of the Veneto Region Luca Zaia.

These are some of the nominations for this award: Sicily presents a path through the archaeological finds of Agrigento. Basilicata promotes a ring route for mountain bikes that winds between the badlands and the most beautiful hamlets in the region, Puglia promotes the first part of the Apulian aqueduct cycle path which, when will be completed, will allow the discovery of the entire Valle d’Itria by bike. 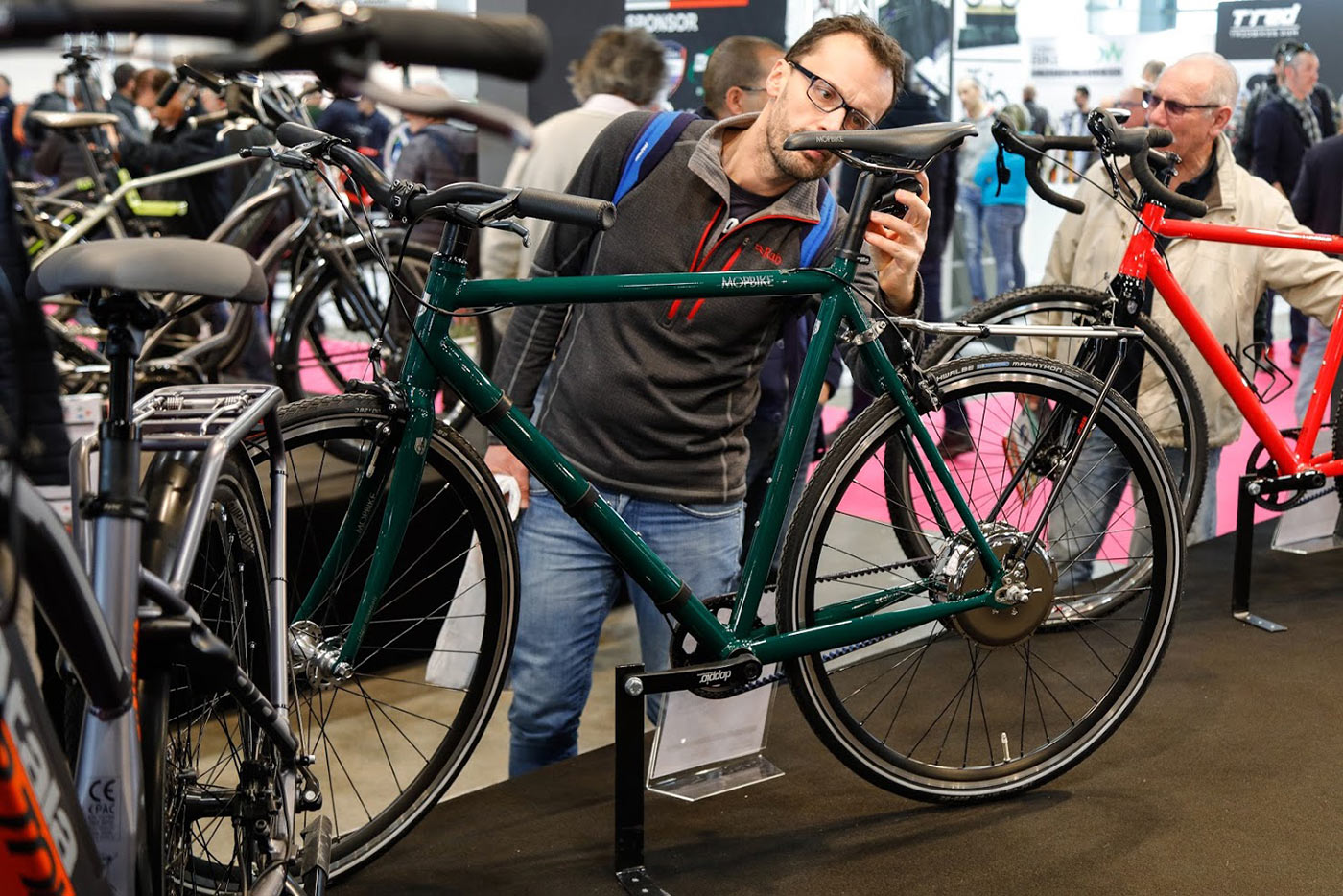 Campania is also worth mentioning with the “Oblique Naples” project (recovering, transforming and reconnecting the system of stairs and steps in Naples) and Abruzzo with the bike to coast and the enchanting Costa dei Trabocchi. In Lazio there is a 105 km ring route through the Sabine towns, while Umbria is present with two destinations, Val Nerina and a part of Spoleto-Norcia, and Marche region will present a route along the Tronto river.

As for the northern regions, Liguria promotes a ring that leads from the hinterland to the sea, the provinces of Trento and Bolzano present one of the most suitable cycle paths for family routes, while Veneto promotes the Treviso-Ostiglia which runs along the route of the ancient railway.

The prizes will be three, and the jury will then assign also a special mention to a Via Verde for an initiative, an event or a detail that makes it unique.

We look forward to seeing you at CosmoBike at stand H2 in Padiglione 11! 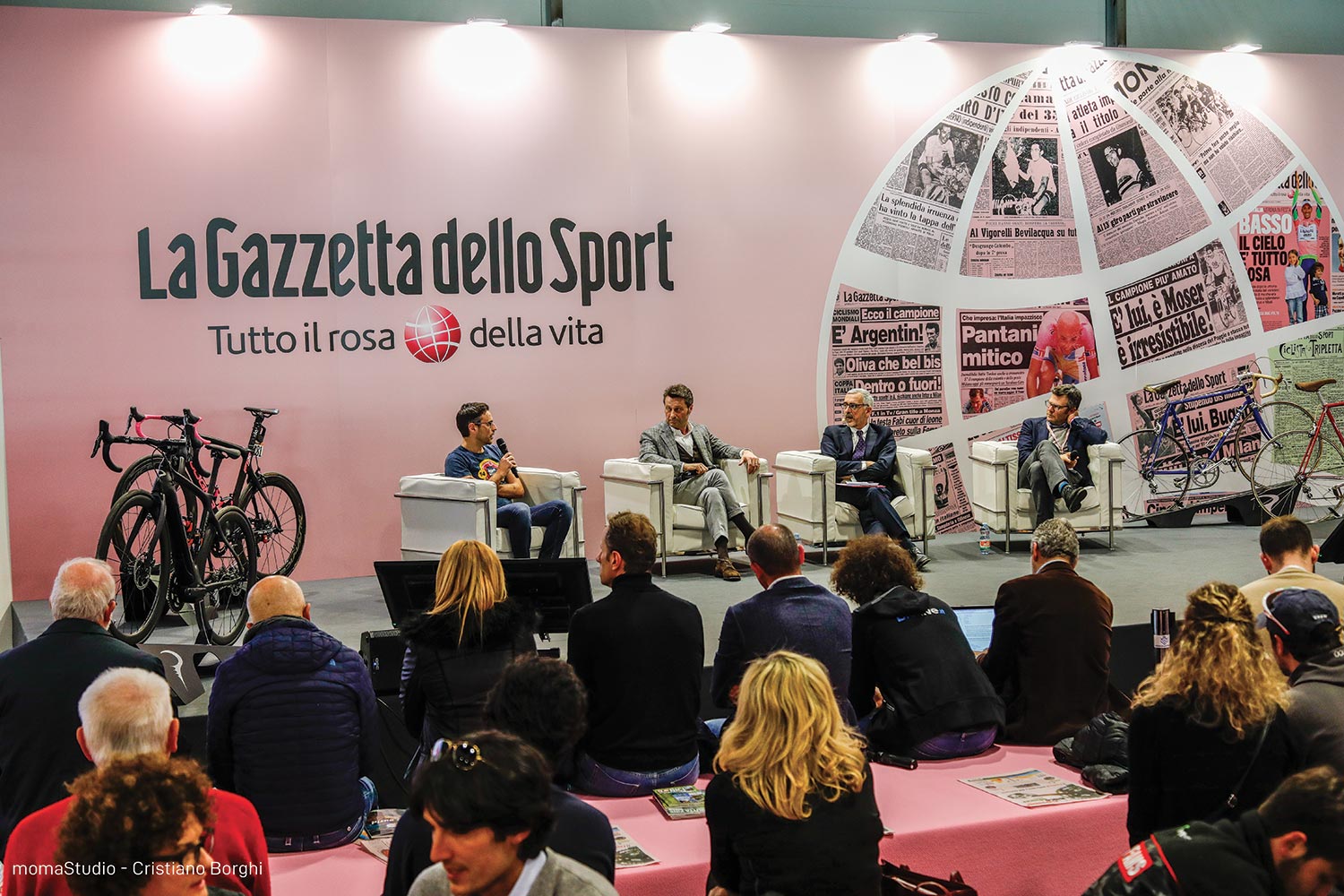 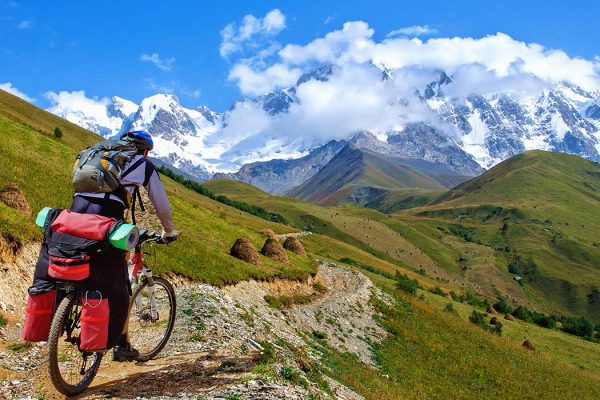