In this article we recommend a cycling route through amazing landscapes in the Cilento National Park, a UNESCO heritage site together with the archaeological sites of Paestum and Velia and the Certosa di Padula. A long ride in a territory shrouded in myth and legend, located in southern Campania.

It’s a land characterized by gentle hills covered by olive trees, crossed by lively streams and many woods, with a lot of hamlets clinging to the rocks or lying on the coast.

The cycling route starts from the plain of Paestum, ancient town of Magna Graecia and now archaeological site, towards the hinterland, characterized by scenic roads that allow us to contemplate this region from the crests of Alburni mountains to the crystal clear Tyrrhenian sea. You can visit historic hamlets such as Prignano Cilento, Finocchito, Cicerale and rivers such as Cilento.

In addition, you can face ramps like the one of Licusati (nicknamed the “little Stelvio”), between sheer rocks and ancient olive trees.

The last part of this itinerary is focused on the exploration of the coast, characterized by enchanting beaches (such as those of Caprioli, Palinuro and Marina di Pisciotta), rocks and caves that open onto transparent waters.

What to do in Cilento National Park

Don’t miss the Paestum Museum and the archaeological area with its three magnificent Greek temples. Proceeding along the pedals towards South, you will find Prignano Cilento (here we recommend to taste the delicious white fig) and Finocchito, a small village where the Saracens was defeated by the Byzantines at the ned of the VIII century AD.

Once past the Oasis of the Alento River (a place very popular among birdwatchers) you will arrive at Cicerale, which owes its name to the local and tasty legumes. In Paestum, we suggest you to taste the traditional mozzarella di bufala. 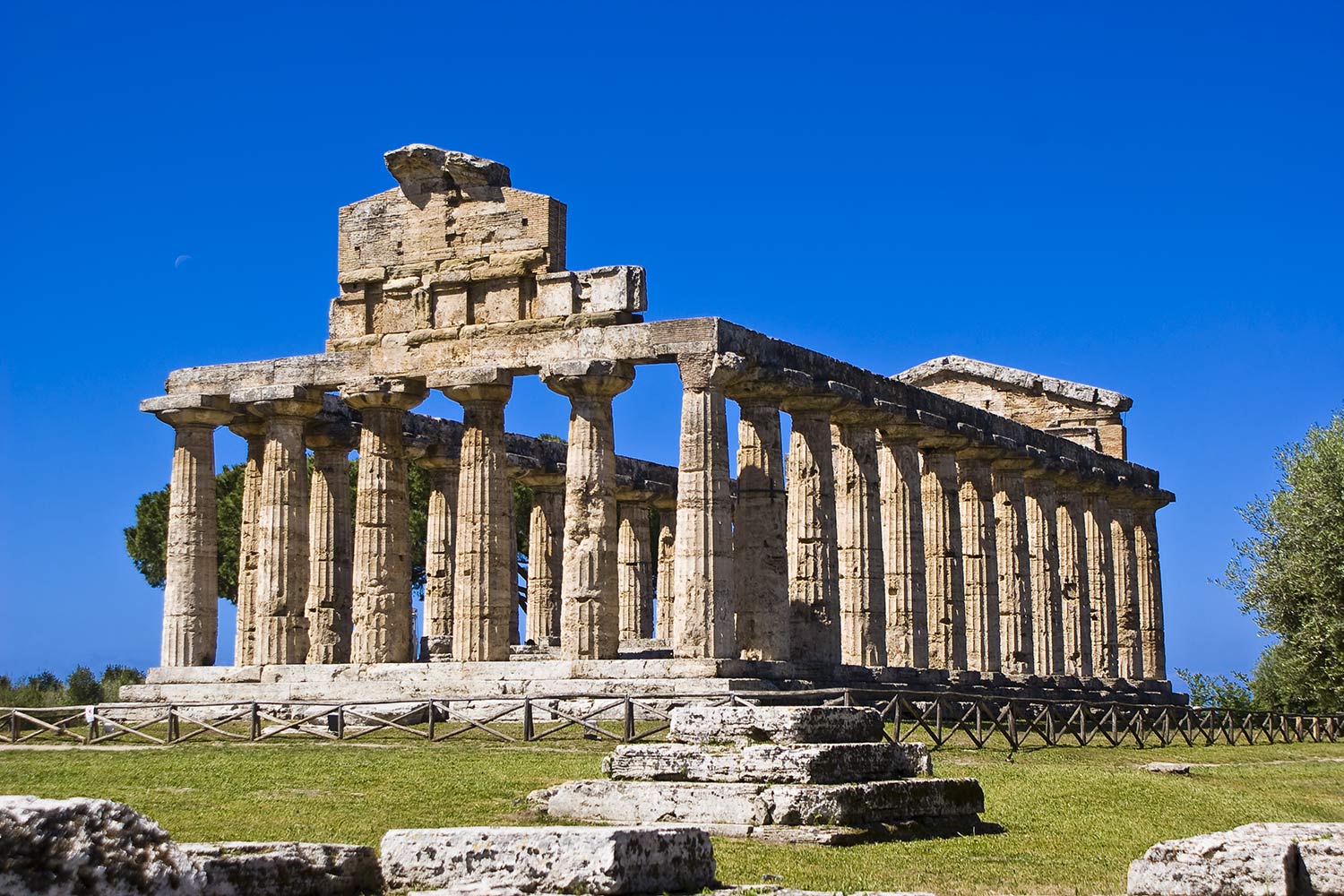 This day is dedicated to even more difficult peaks like Trentinara, which rises on a rocky ridge overlooking the Valle delle Sele. This place is known as the Terrazza del Cilento: the view ranges from the Amalfi Coast to Capri. After passing a series of hairpin bends you reach villages perched like Monteforte Cilento, Magliano Vetere, Capizzo, Magliano Nuovo, to end the day in Stio, a town built around the year 1000 by the Normans.

Descend passing through Gioi (where is produced a typical cured meat called “suppressata”) towards Moio della Civitella, a Greek military garrison. Here we suggest you to visit the Museum of Rural Life.

You can reach the sea following a path that even include stops on Mount Stella, Omignano and its Literary Cafe finally reaching Acciaroli.

This ancient fishing village attracts crowds of tourists for the beauty of its coast. It was very liked even by Ernest Hemingway, who often stayed there in the Fifties. A few curves later you can arrive in Pioppi, known for being the cradle of the Mediterranean diet. 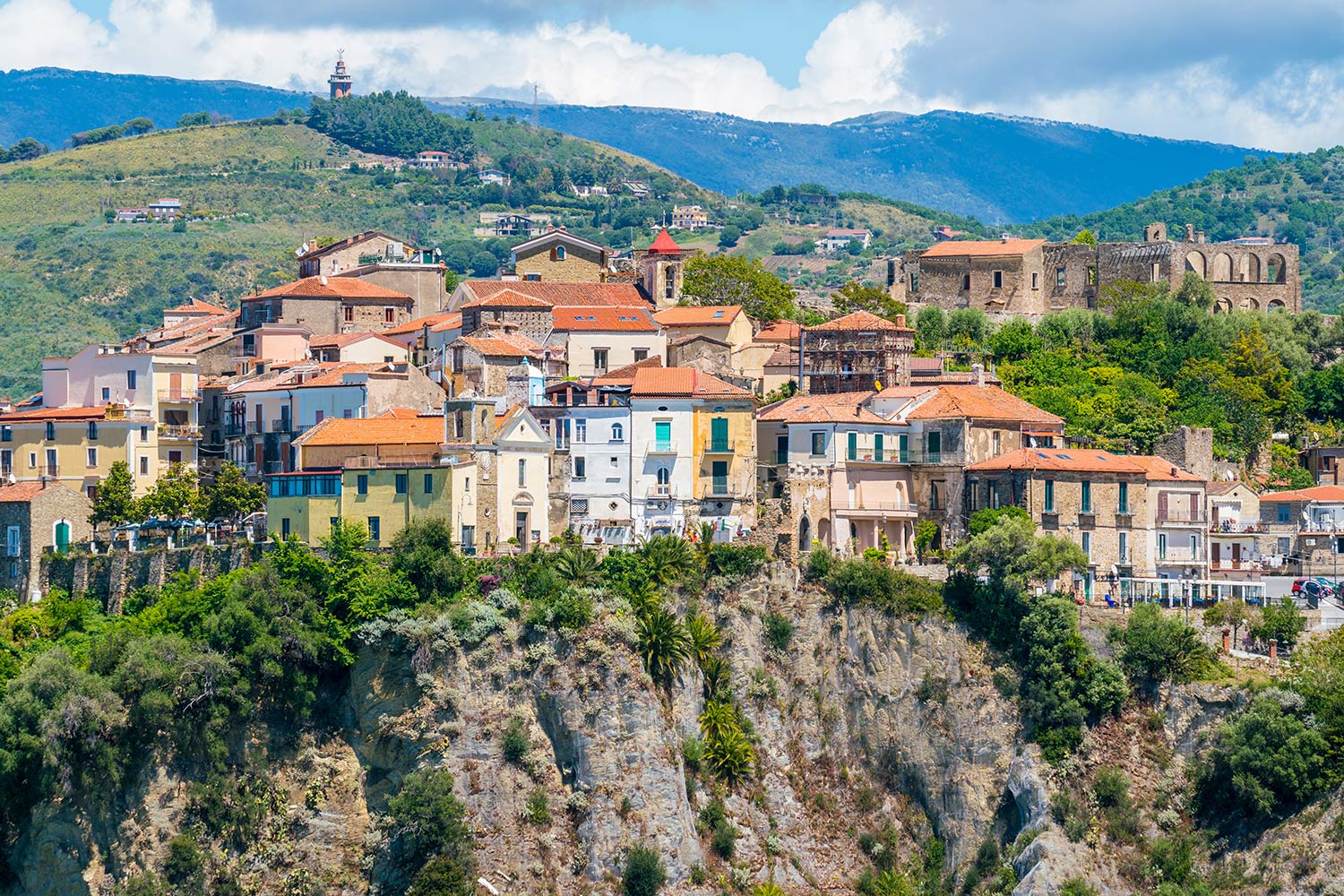 Heading North again, reaching the town of Agropoli, characterized by a perfectly preserved historic center dating back to the XVII century; here we recommend a stop at the castle and the fortified towers.

Last effort to get to Castellabate (known for being the location where the Italian movie “Benvenuti al Sud” was filmed) and to the beach of Santa Maria, ideal for a stopover, to then admire the Belmonte Palace and the Pagliarolo Tower. 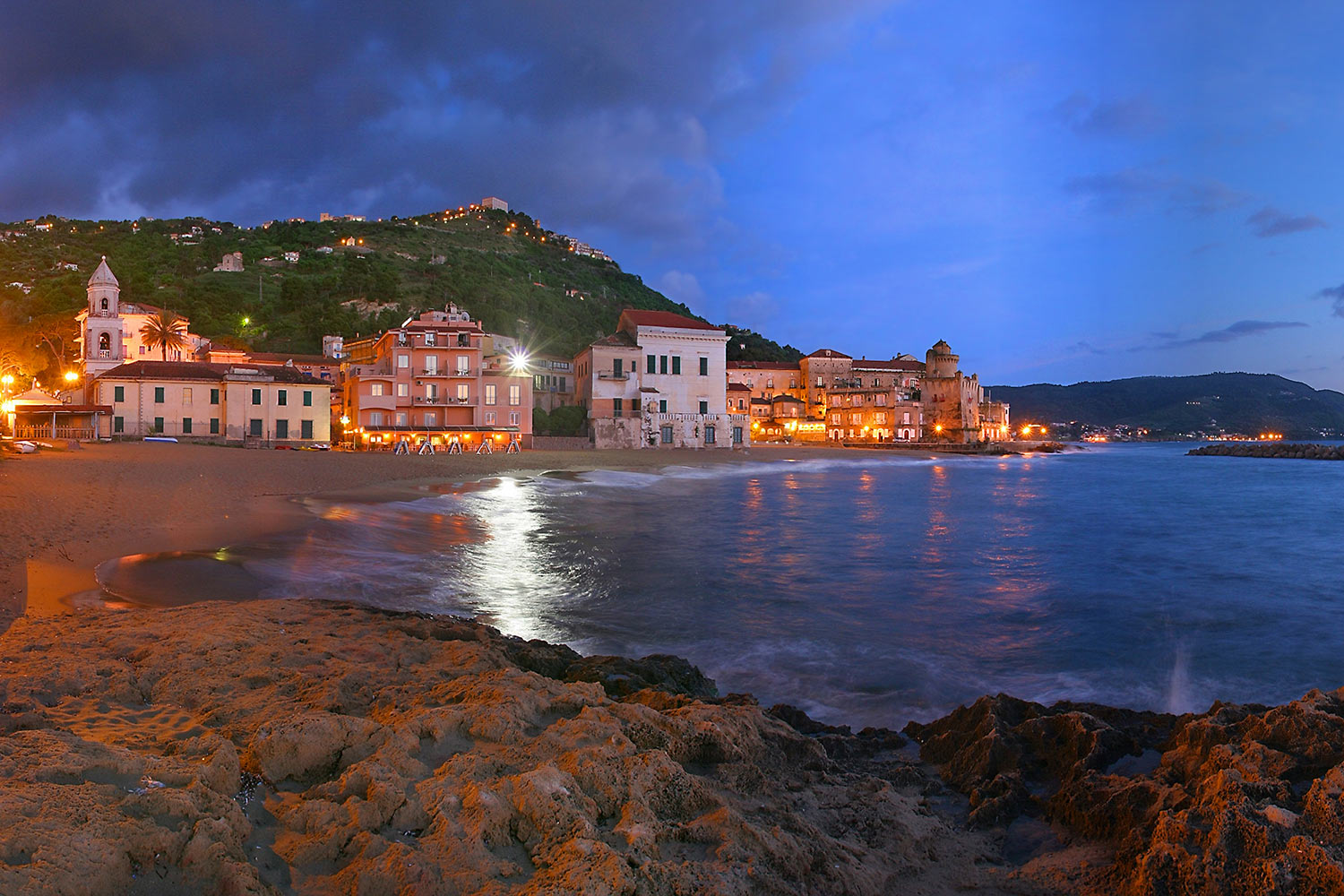 The itinerary’s length is 210 kilometers, which can be divided into 5-7 daily stages according to your level of athletic preparation. The course is challenging and requires good health. We advise you to pay attention to the supply of food and water, since the refreshment points between Vallo della Lucania, Futani and San Severino di Centola are scarce.

It’s possible to return to the starting point using the train: from Ascea station to Capaccio Scalo it takes about 30-40 minutes and almost all regional trains allow the transport of the bicycle. 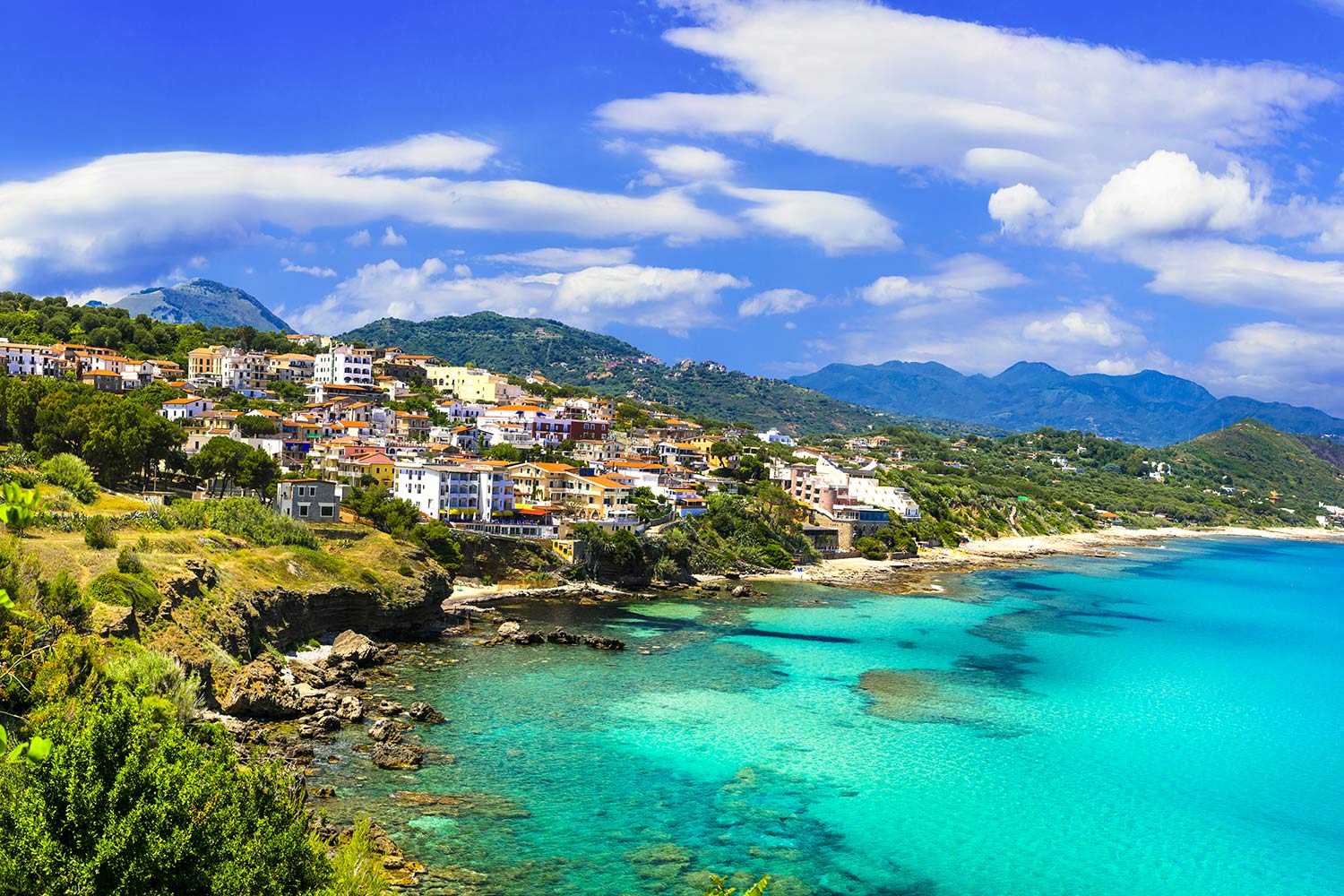 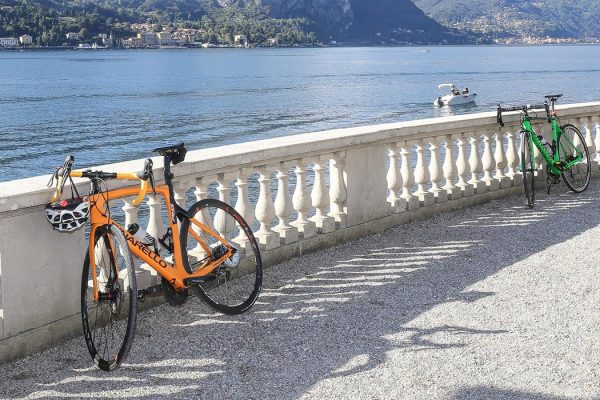 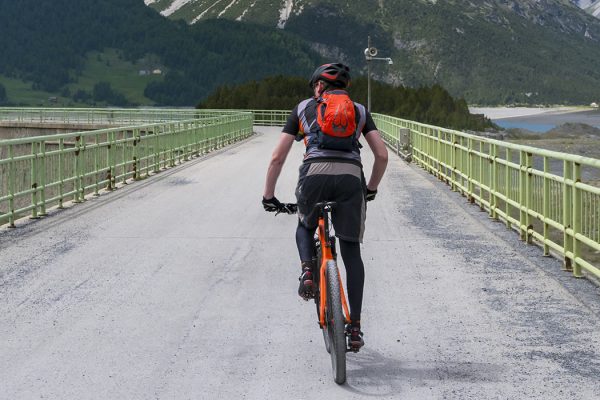