Ferrara is also known as the city of Renaissance (due to the Estensi dynasty), the city of silence (according to Gabriele D’Annunzio), the city of metaphysics (as you can see in the paintings of De Chirico and Carrà). But it’s even called “city of bicycles”, in fact it boasts, the title of the most bike-friendly town in Italy.

Bike is the ideal means of transport to wander across the maze of cobbled and narrow lanes of Jewish district and the streets of the historic center, to discover the evidences of the ancient port that rose South of the city (while today the river flows North), to be amazed by the Renaissance geometries and the wide spaces of the walls of this place, known as the “first modern city” in Europe.

Even the genius of Michelangelo was captured by the charm of this exceptional example of architecture that surrounds the historic center of Ferrara for about 9 kilometers. 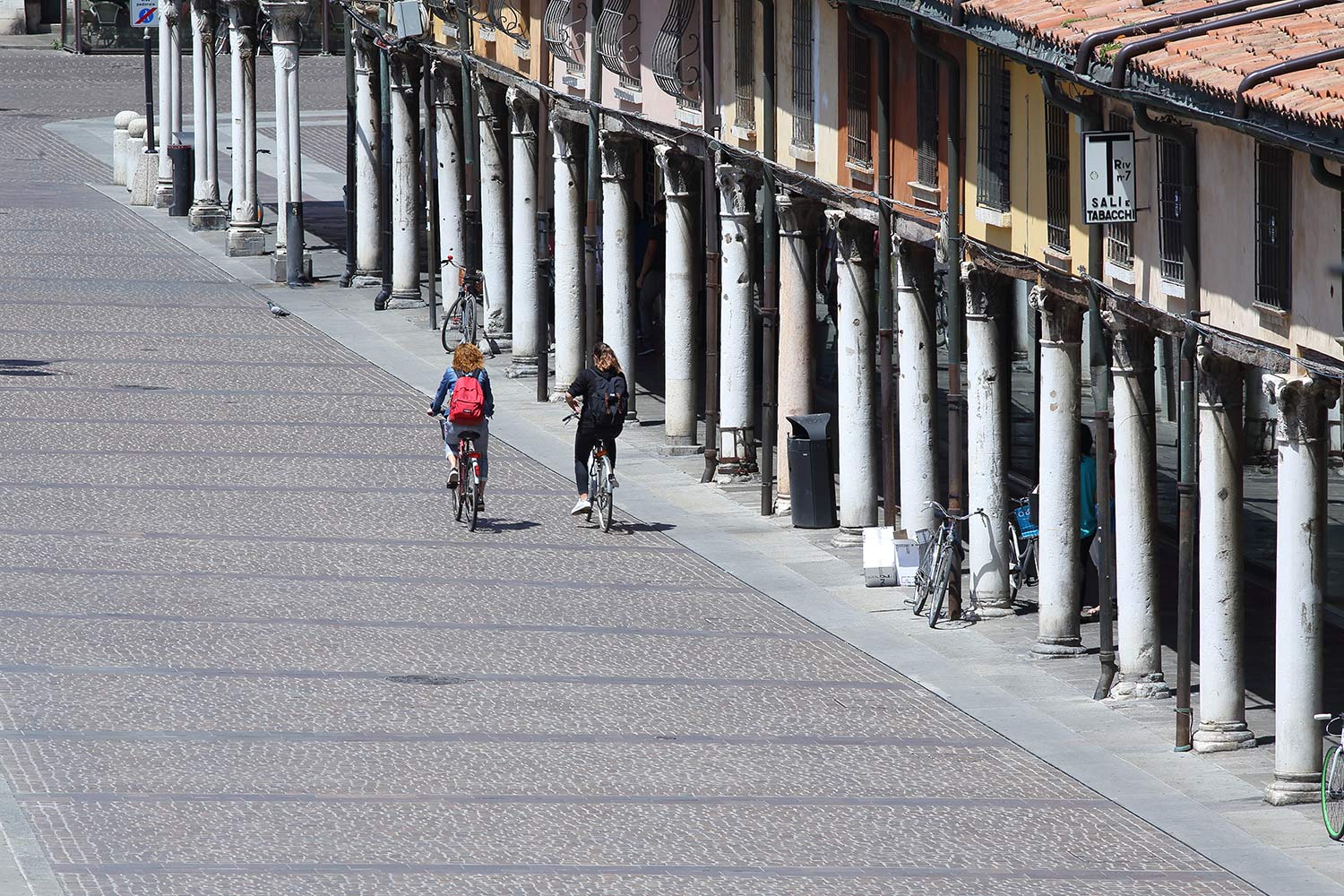 Along the river that there is no more

Perhaps not everyone knows that the wealth and development of Ferrara have been linked to the ancient river port. Until XII century the main branch of the Po flowed to the Southern limit of the city, then a series of terrible floods caused the progressive shift towards the North of the main riverbed.

The itinerary starts from the train station, first reaches the Estense Castle and, after having cycled on wide roads that hide ancient canals, enters the medieval urban core to reach places of extraordinary charm such as the Monastero di Sant’Antonio in Polesine (originally a small river island) and the Church of San Giorgio outside the walls, the city’s first cathedral.

Then you cycle westward through the long and green cycle path that unfolds at the foot of the historic city walls, reinforced by Duke Alfonso II d’Este between 1512 and 1518.

If you have enough time, arrive at Porta Paola and retrace the stretch of the city walls until you reach Porta San Pietro and then climb to the top of the ramparts: the view is very suggestive. 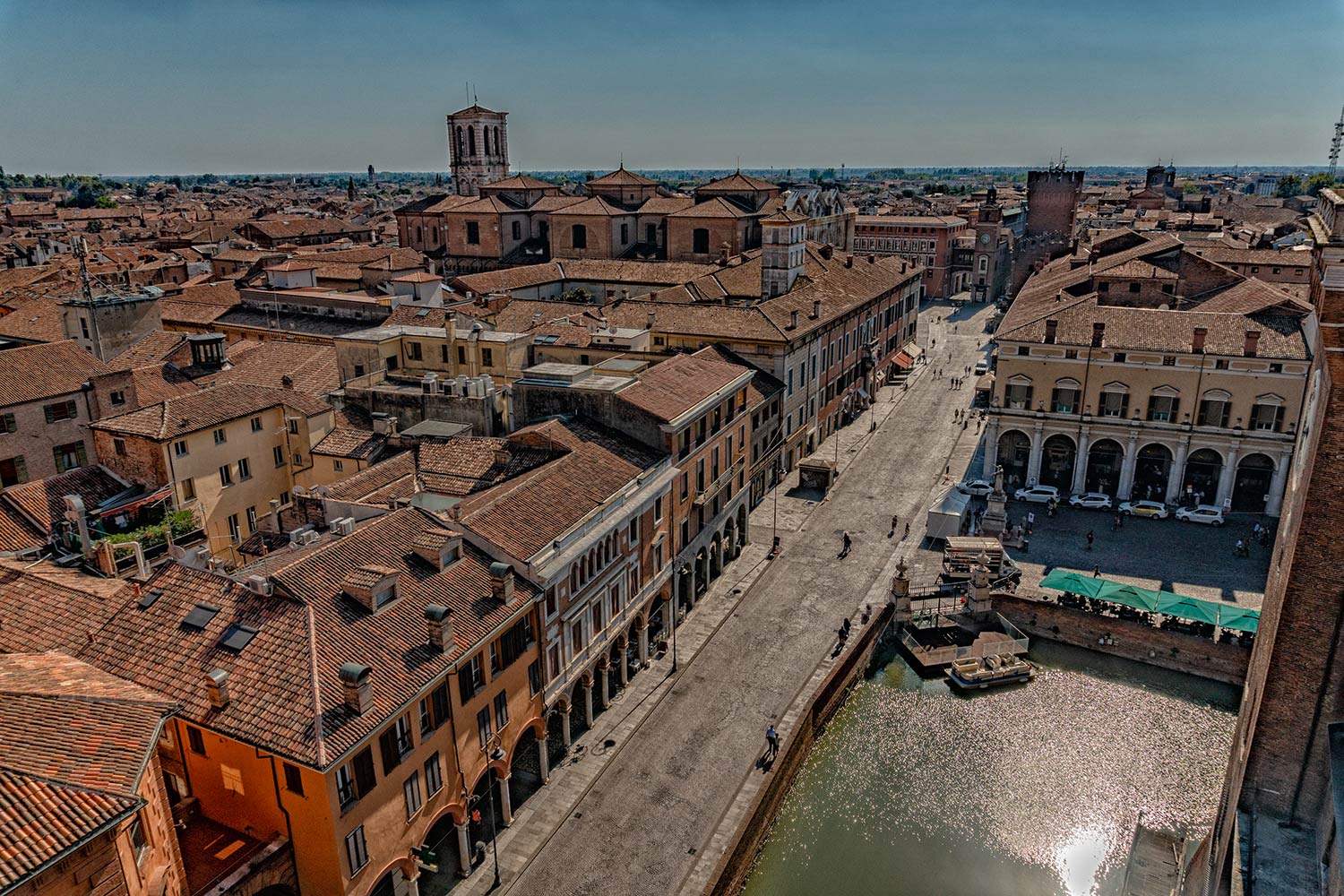 The historic center and the Jewish ghetto

The story of Ferrara, as mentioned, is linked to the events of the Este family, arrived from Veneto and settled, not without difficulty, to the city government. In 1385 a citizen revolt forced Niccolò II d’Este to erect a mighty defense for his family.

With time the Estense Castle became a noble residence full of extraordinary works of art (today mostly missing) and the Este family made Ferrara one of the most refined and tolerant Renaissance courts in Italy.

In this itinerary, together with the Estense Castle, the Cathedral and Via delle Volte, you can see even the many signs of the presence of the Jewish community whose liveliness has characterized the whole town: from the building that houses the synagogues in the Jewish Ghetto, up to the characteristic cemetery located in an area near the walls. 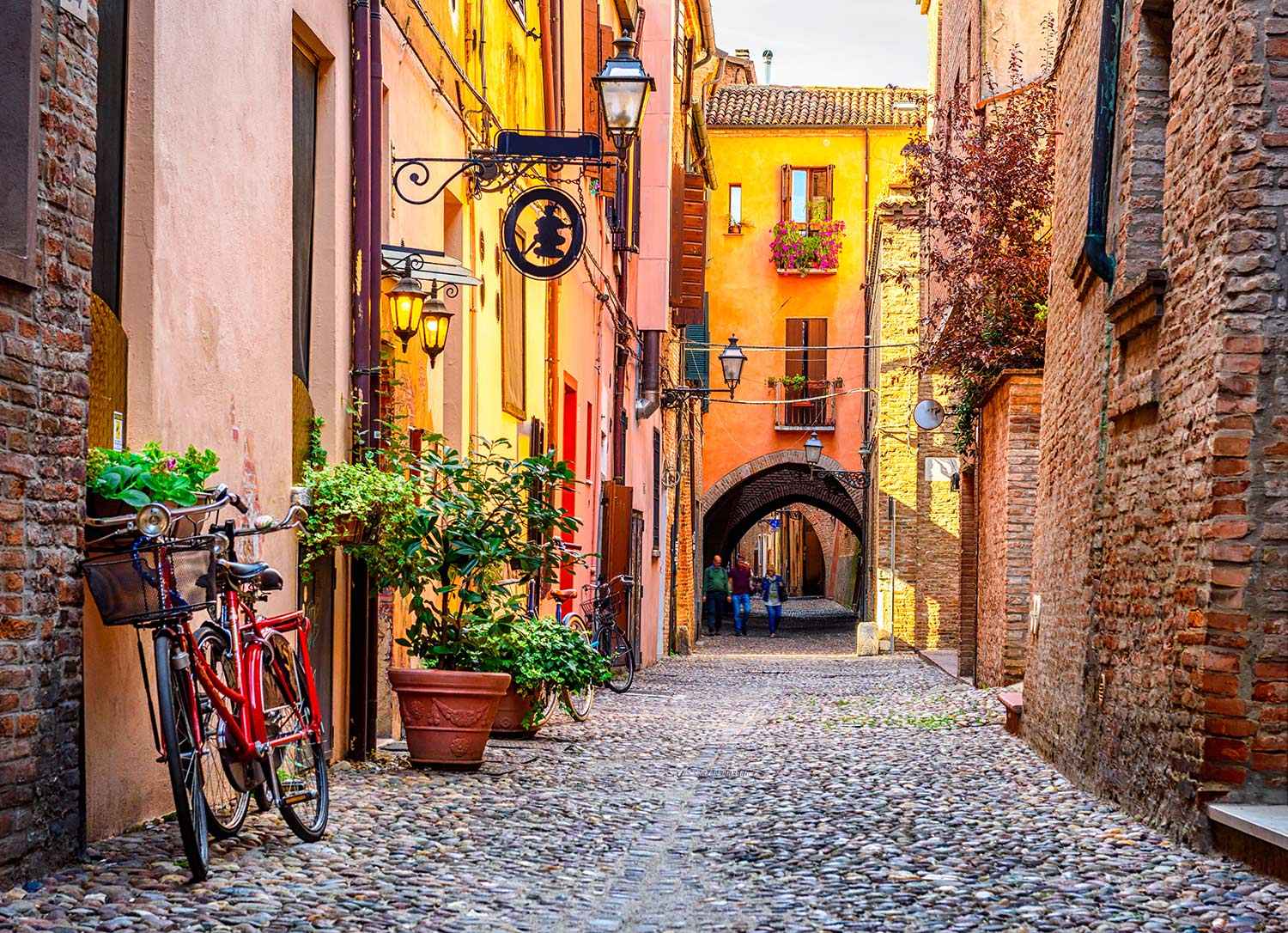 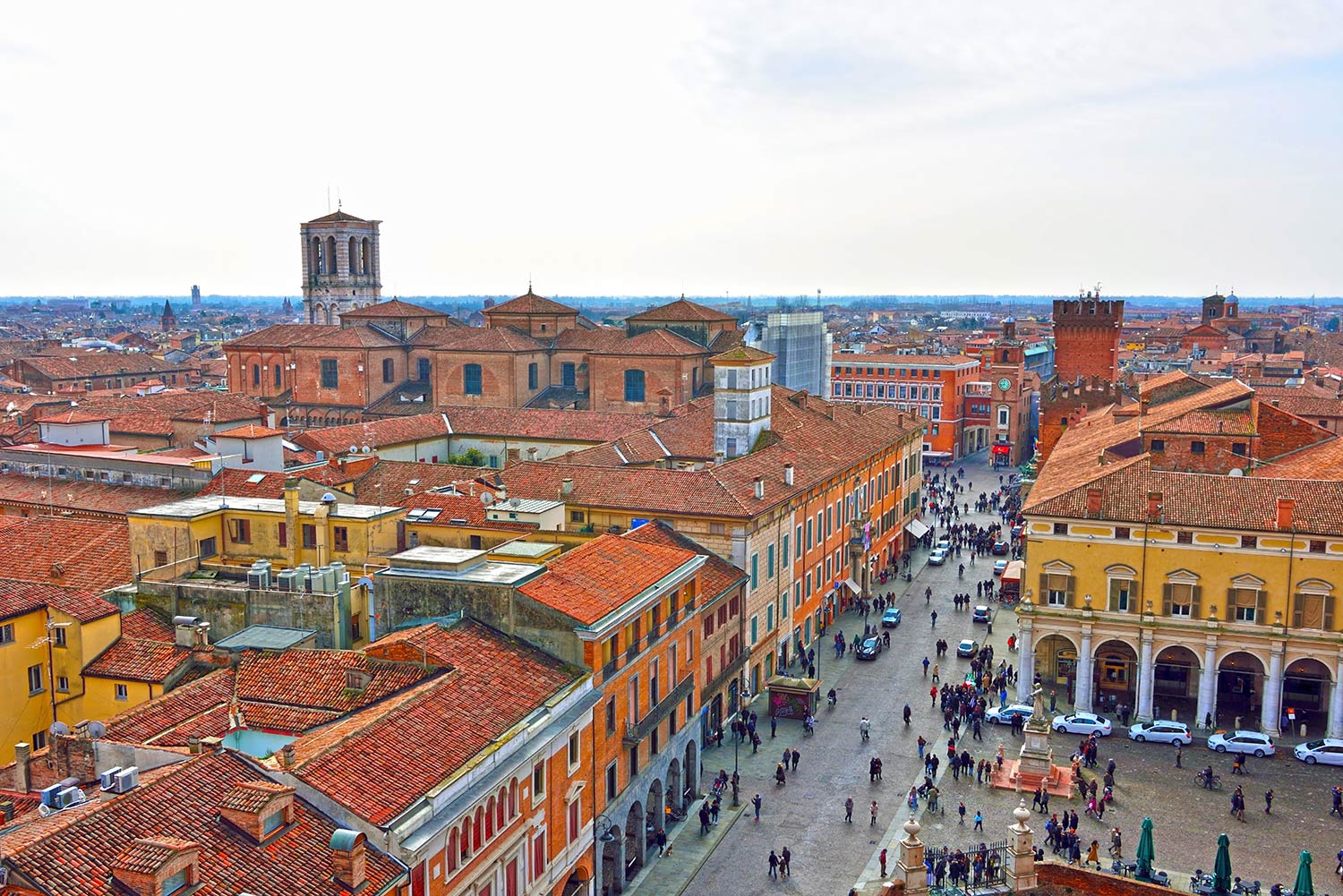 In 1492, Duke Ercole I commissioned Biagio Rossetti to design an extension of the city, incorporating a vast area North of the castle within the walls. This project is known as the Addizione Erculea, an exceptional example of urban planning from the Renaissance to the present day with its plot of wide and regular streets dotted with buildings and parks.

Starting from the Castle, the itinerary runs along Corso Ercole d’Este (the main street of the Addizione) until it crosses, in the Palazzo dei Diamanti area, the new urban axis to cross the city from West to East and that leads to the “Piazza Nova” (now called Piazza Ariostea), the green heart of the Rossetti architectural project.

From there you can reach the complex of San Cristoforo alla Certosa and then return to the center after passing in front of Ludovico Ariosto’s house.

If you want to continue, follow the bike path of Via delle Erbe and enjoy the cycling routes of Ferrara!

You can find the bike routes maps here 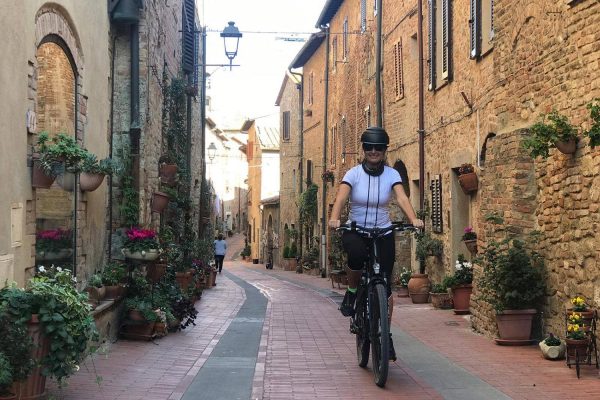 La Bici della felicità: how cycling can change your life 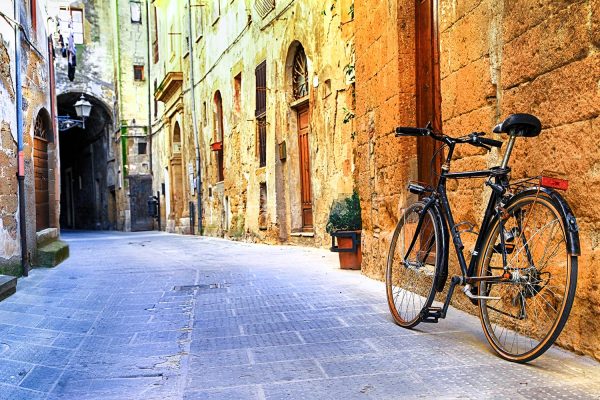 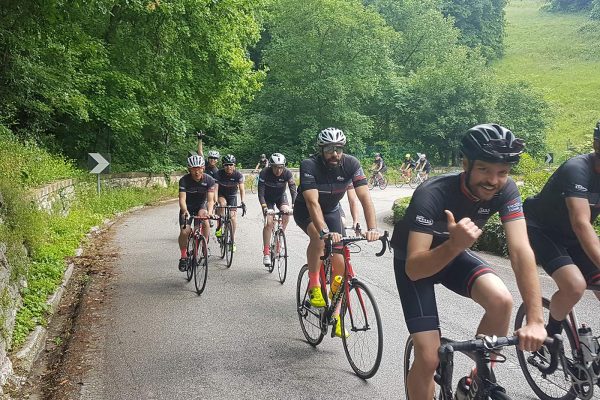 Bike tour on the Prosecco road in Veneto