When we think about Bologna, we imagine its University (the oldest in the world), the arcades of the historic center, the towers that overlook it and of course its exceptional traditional food.

It’s a city to be savored, in every meaning of this word, during a vacation.

Riding a bike is the right way to discover the seventh most populous city in Italy, thanks to a cycle network that offers 12 itineraries.

Each of these is equipped with a sign with useful information for finding your way around. The panels are installed in the historic center and show info about the cycling routes you can follow in town.

Obviously there are some spots you have to see, especially if it’s your first time in Bologna: Piazza Maggiore, the Basilica of San Petronio, Palazzo dell’Archiginnasio (the former seat of the University that today houses a splendid library), Palazzo Comunale, Piazza Nettuno dominated by a remarkable fountain, and Palazzo Re Enzo. Then there are the two most populars and the most prominent towers of the city, designed for military purposes, became symbol of Bologna: the Due Torri, Torre degli Asinelli (97,2 meters high) and Torre Garisenda. A dense network of cycle paths 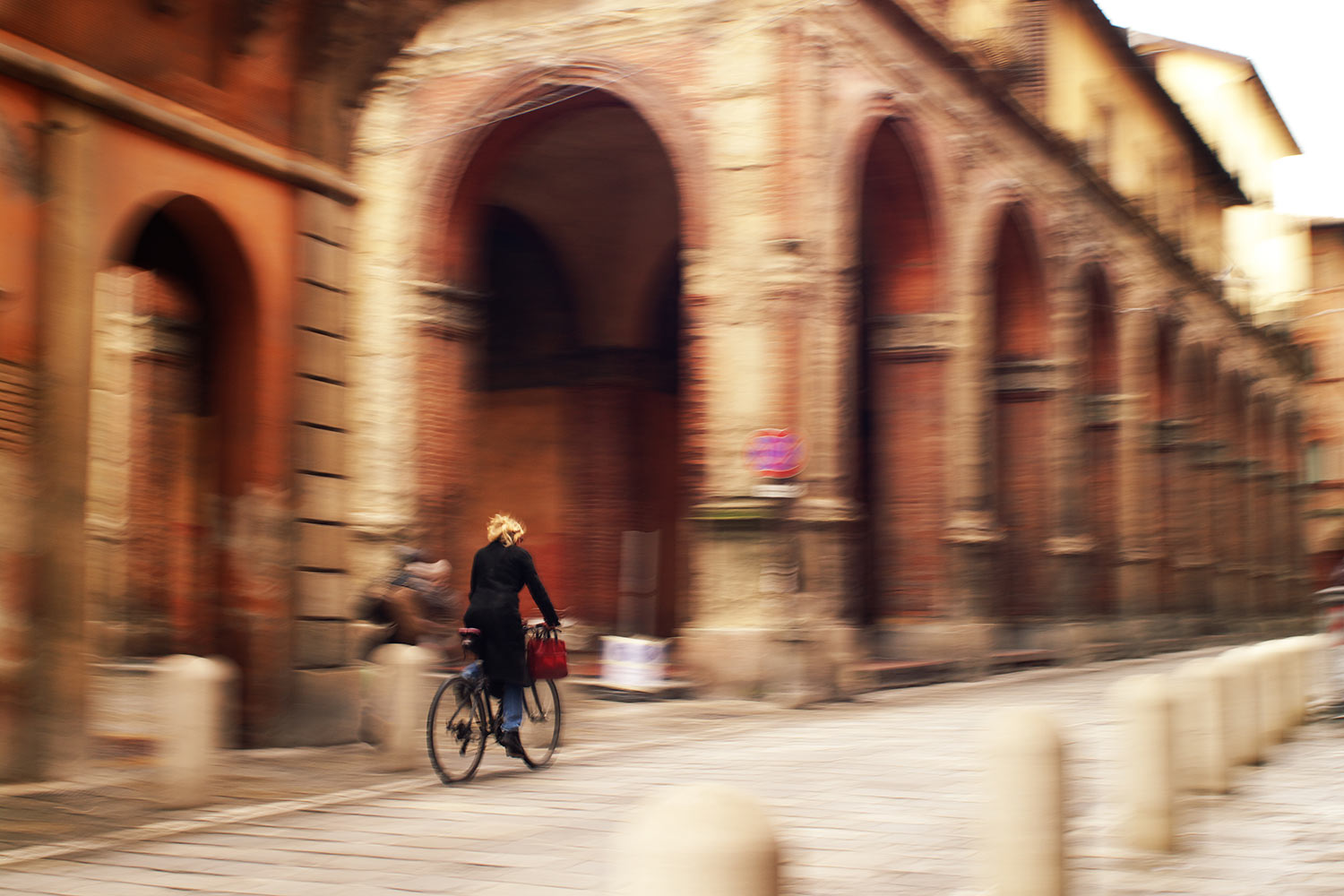 We suggest you two cycling routes for your first visit. Let’s start with the one that goes from Piazza Maggiore to San Lazzaro di Savena. This route is very easy, also suitable for children and is almost entirely developed on a cycle path, winding partly along the famous Via Emilia.

Departure from Strada Maggiore, which is part of the ancient Romanesque route, cross the area of the Ospedale Sant’Orsola and then continue through the various parks of the Fossolo area.

In the Mazzini district, take the pedestrian underpass that leads into the Parco dei Cedri, inside which there are other tracks, even with light dirt roads that line the Reno river, and reach the Farneto caves and the Parco dei Gessi. You can choose to continue arriving in the center of San Lazzaro di Savena.

The second cycling route we recommend you starts from Via Indipendenza: the first stop is under Porta Galliera to look at the Montagnola Park from another perspective: it is the first public garden in Bologna, born in 1600, which took on its definitive aspect in the Napoleonic age and stands on the ruins of Porta Galliera.

From here, along via Riva Reno, a stop in front of the church of Santa Maria della Pioggia: a place of worship dedicated to the Madonna, whose painting with Child was found intact from the ruins of a house on fire.

The Bolognese silk mills were efficient because they increased production rates and guaranteed better quality yarns. The primacy of the city in the spinning sector remained alive until the end of the seventeenth century.

Continuing along the path, you enter the narrow streets of the Jewish ghetto to stop in front of the early seat of Synagogue in via de’ Gombruti, 7 (the present Synagogue is a modern reconstruction); after few meters you can see the amazing Piazza Santo Stefano where rises a monumental group of 7 holy buildings, the Basilica di Santo Stefano, built during different periods. 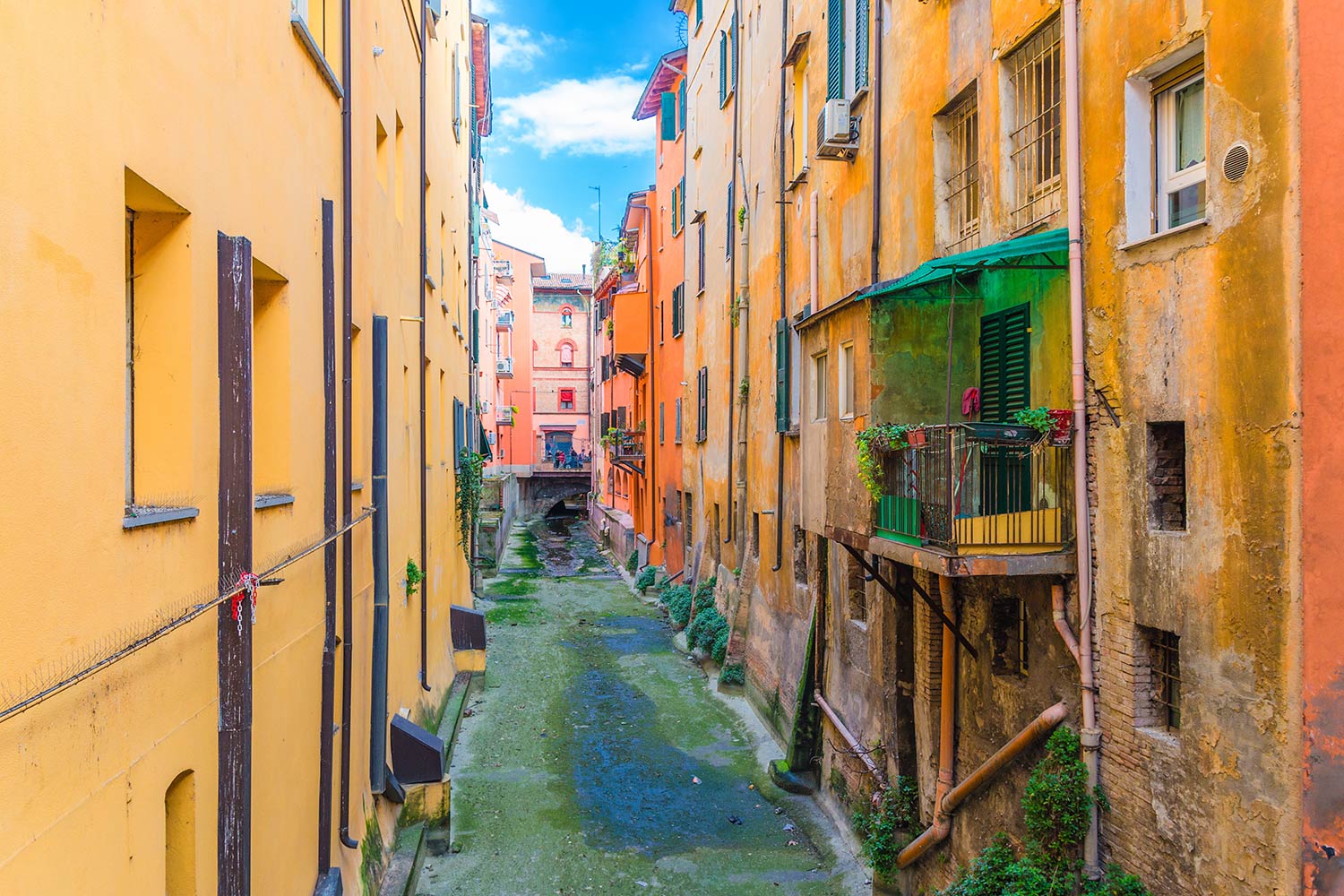 Another must-see is Via Piella: here the foreshortening opens from the famous little window. This corner of the city is known as “Little Venice”: if you look out from this small opening you can see one of the few stretches of water that has not been covered with asphalt.

The bike tour ends in Piazza Maggiore, the beating heart of Bologna. Have a look at the most important buildings that make up the square: the Palazzo del Podestà and its magic vault, the historic Palazzo d’Accursio, Palazzo dei Notai, the elegant Palazzo dei Banchi and the imposing Church of San Petronio. 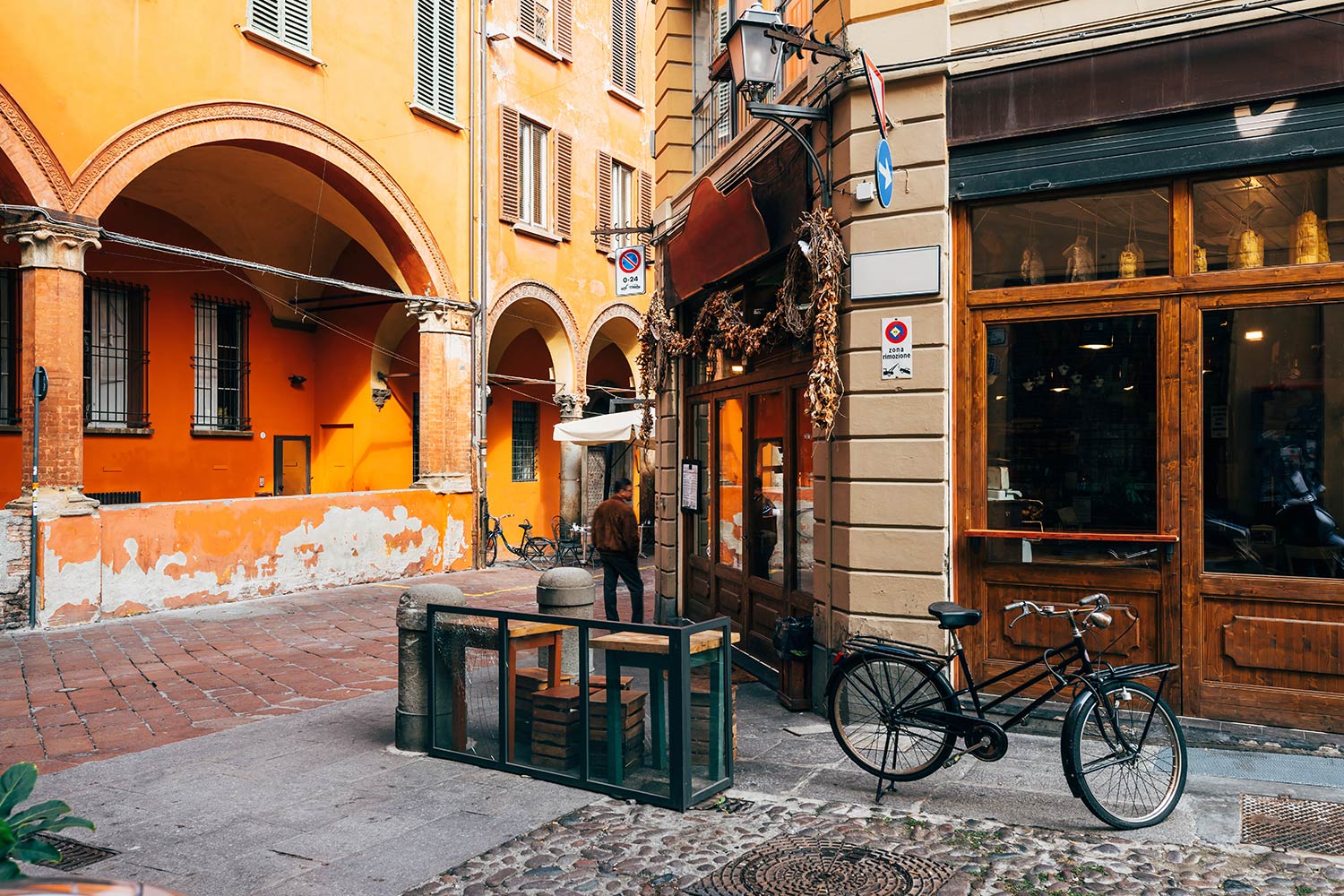 For those who want to get to know the hinterland of the Emilian capital, we recommend the bike path Villa Spada-Sabiuno.

Sabbiuno can be reached by following different itineraries that allow you to discover the places and the history of Bologna surroundings. Starting from Villa Spada, which houses the Museum of Tapestry and a municipal library, continue along Via di Casaglia. Pass through the San Pellegrino Park, the Cavaioni Park up to the San Luca junction. Here you can proceed to the Basilica or continue to Sabbiuno, where you can admire the typical geological conformation of the Bologna area, that of the “calanchi”.

The cycling track along the Navile canal, 6 kilometers long, which extends along the banks of the Navile, is a historic artificial canal of about 40 kilometers, built between the late XII century and the beginning of XIII century, which connected Bologna to Venezia and is a really interesting route.

This naturalistic itinerary also allows to deepen the history of Bologna and to visit the Museum of Industrial Heritage, built in a former furnace of the XIX century.

When pedaling backwards, you can continue along the section that connects the city center to Casalecchio di Reno. 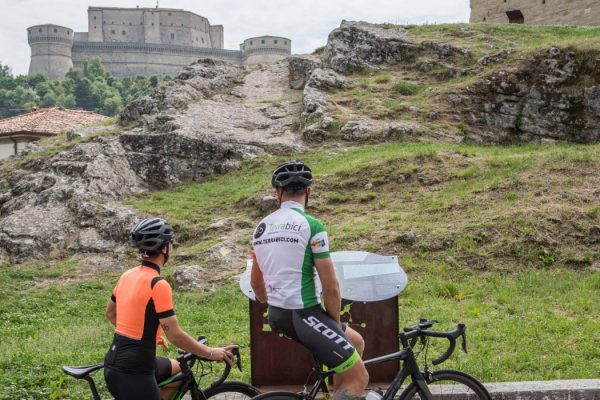 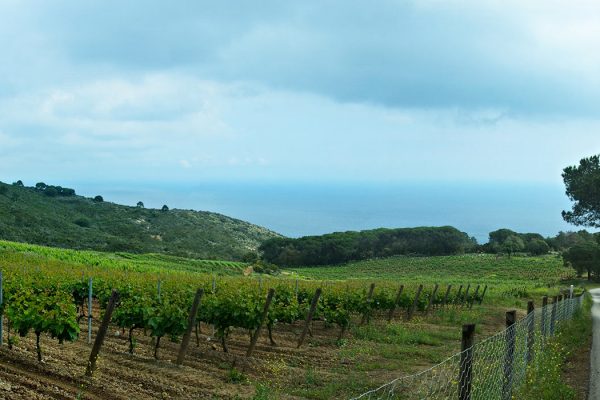