Electric bike, 10 reasons to buy it

Electric bike, 10 reasons to buy it

1 – Because it’s an economic investment

E-bike costs on average a little more than double of a muscular bicycle; it costs as a scooter and a fourth of an utilitarian. The initial cost is important, it’s true, but who purchases an “electric” bike should know that writing off the initial expenses is easy, even more so if you use it frequently as a means of urban mobility.

Compared with a motor vehicle, the e-bike has minimal management costs, its price amortises in less than a year if daily use of 15/20 km in a city route is assumed; you will save fuel costs, insurance and the vehicle tax, to say nothing about the saving of the costs related to the garage or even worse to the mechanical substitution of the components.

In this sense too the e-bike is definitely competitive compared to motor vehicles: the most expensive component that can occur to substitute is the battery, which has a variable cost between 200 and 600 euros, though it lasts for at least 3 years. 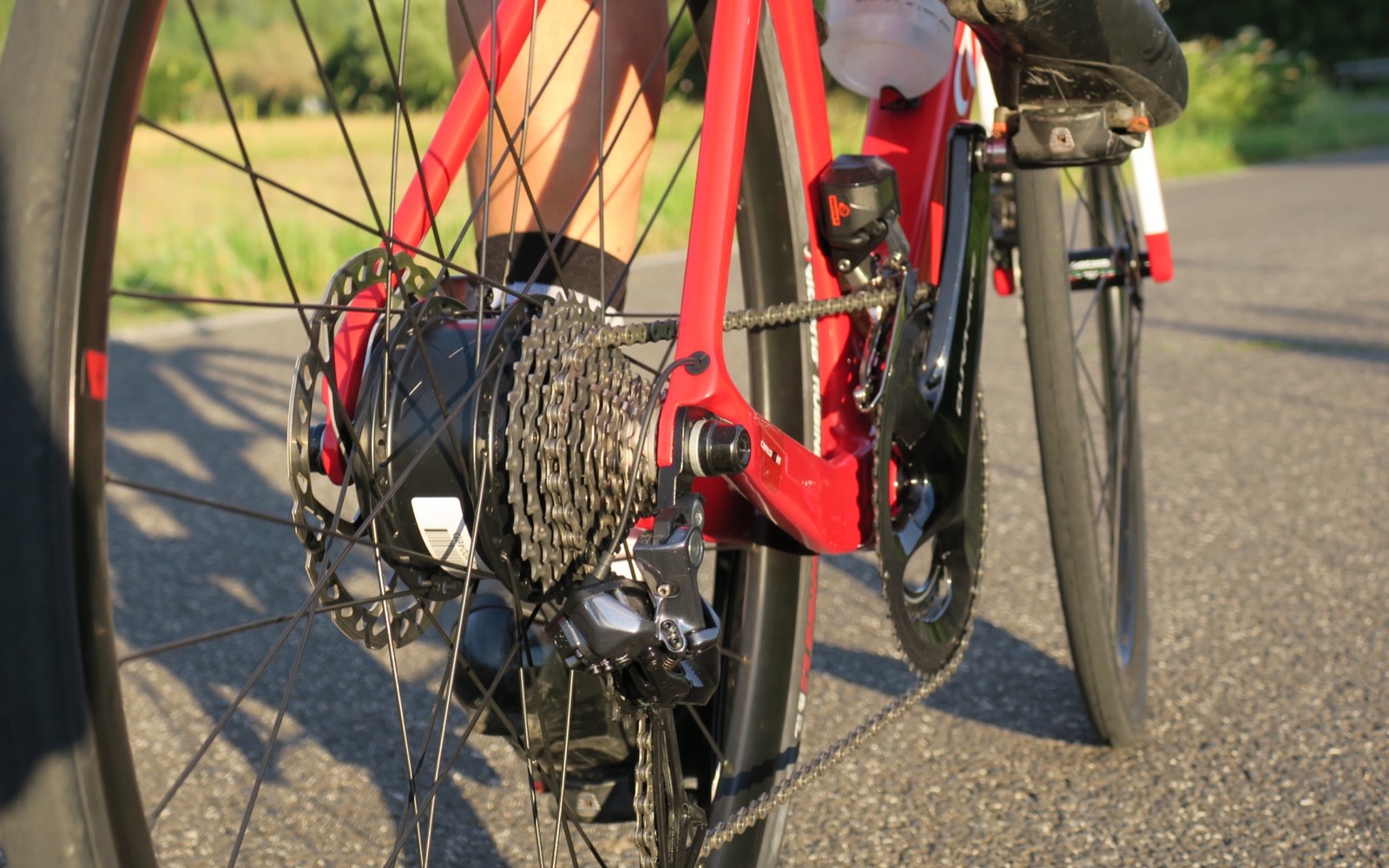 2 – Because it’s an investment for the society

The economical benefits that the bicycle in general – and in particular the e-bike – has in terms of social costs are equally important: just remember the results of the study (https://www.sciencedirect.com/science/article/abs/pii/S0921800918308097) according to which 1km done with the e-bike means to the society a saving of 18 cents whether we consider the benefits of its use related to the environment, the travel time, the accident density, the comfort and the perceived security, the quality of life, the tourist repercussions and the infrastructures.

3 – Because it is an investment on health

Of course physical activity is good for the body and everybody knows that. However, the difference between using a traditional bicycle and a pedal-assisted one is essential: it concerns the different pedalling dynamics in that a muscular bicycle obliges you to make strains of a much bigger maximum intensity than the gentle ones of the pedal-assisted bike. The maximum efforts are those that require to the body a large amount of strength, often also for very short periods of time that subject the heart and the respiratory system to a great stress. For those who are not well trained it is almost a shock, an exercise that can result even more dangerous than the wellness which physical activity itself brings… With e-bike this risk doesn’t exist: it just requires a gentle effort, the best way to ensure the body all the benefits that only the light and long-lasting activity can give. 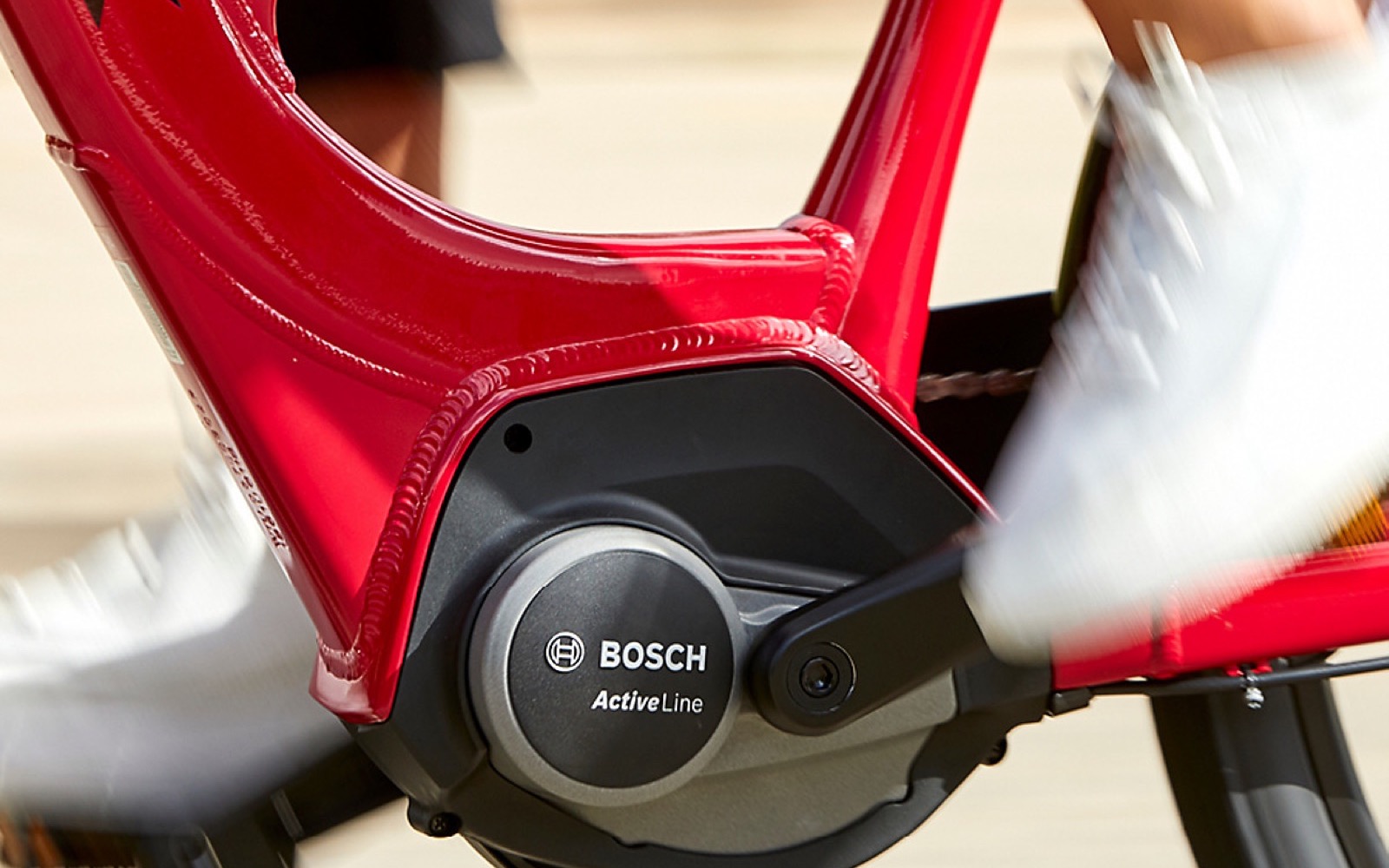 4 – Because it lets you discover the uphill roads

E-bikes allow to bring closer to the world of cycling people that otherwise could not enjoy this activity; therefore, not well trained people (or not trained at all), old people or also people with some degree of disability have found in the e-bike a valid ally to rediscover bicycle trips and particularly the uphill roads, an absolutely impracticable ground if you are not well trained, but a fundamental part of most of the routes all over our country.

5 – Because it is for everyone, also for the most trained (ones)

A cliché that must be definitely debunked is that e-bike is just for not trained users or older people. It’s far from this: the first discipline to deny this prejudice is the mountain bike that with the pedal assistance has found the perfect way to climb up along paths and then enjoy the fun that the descent on the trail ensures. However, always in the sports field, also the even more numerous pedal assisted racing bikes show that this means of transport is becoming increasingly frequent and popular for those bold people that have in mind big raids or who want to exceed the limits of their personal goals, both of distance and heights. 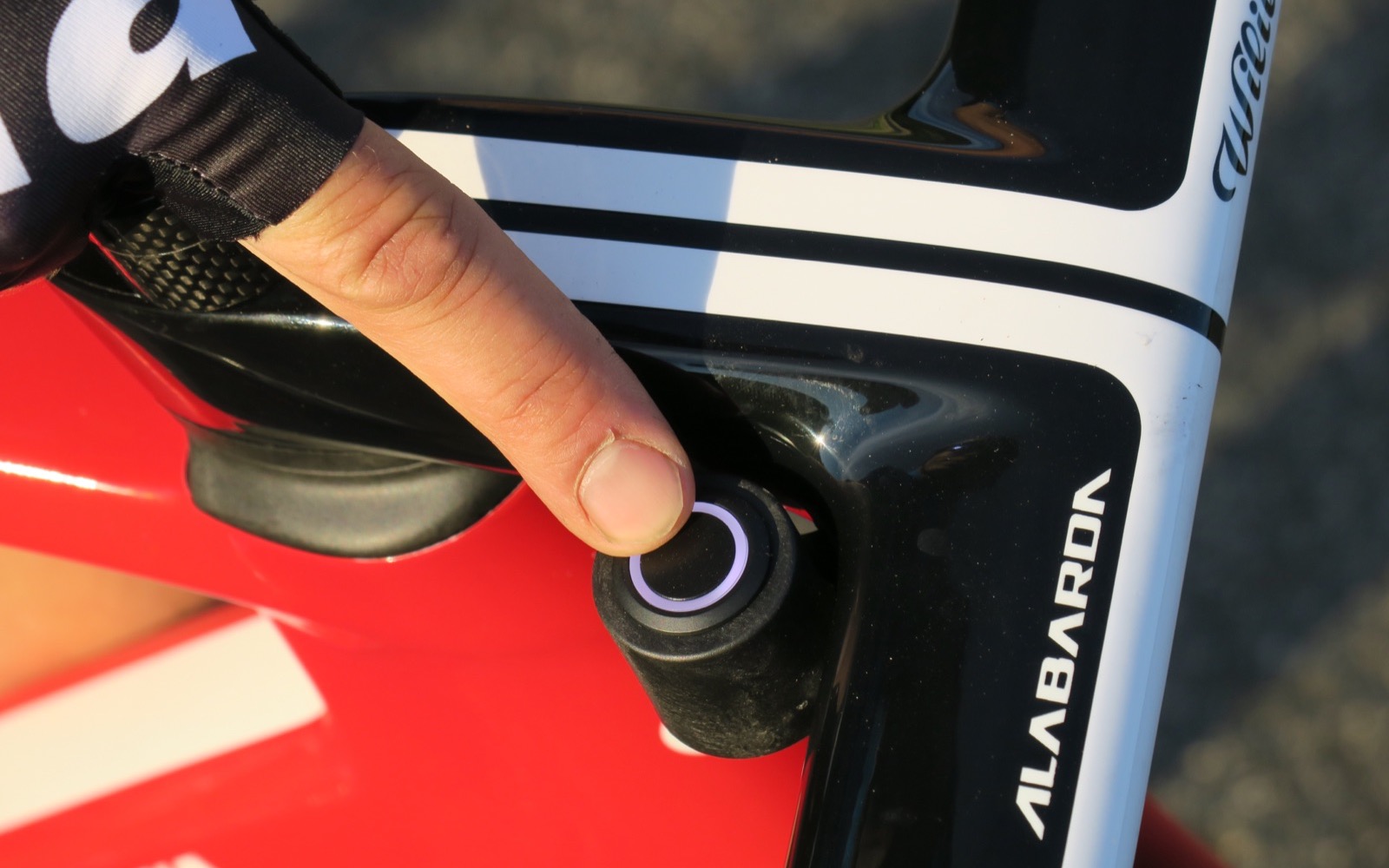 6 – Because you can go everywhere

With the e-bike you can go almost in all restricted traffic zone (ZTL) of the urban centre that are increasingly numerous and monitored through cameras. They are the best way to easily move and forget about fines and penalties.

7 – Because it’s very easy to ride

Don’t trust who says that an e-bike is difficult to ride; do not trust who says that its motor requires more attention to be managed and driven on the road. There’s nothing easier than becoming familiar with the modern e-bike power supply system. It’s just a matter of getting acquainted with the management of the different possible levels of assistance (minimum three, maximum five), that are easily controllable with practical buttons or through the console placed on the handlebar. At the same time the greater heaviness of an e-bike, due to the presence of the motor and the battery, creates a higher overall mass superior to a traditional bike (it’s easy to exceed 20 kilograms) but it’s a mass that doesn’t involve complications in driving, and instead it makes the vehicle more stable, and as we will see, safer. 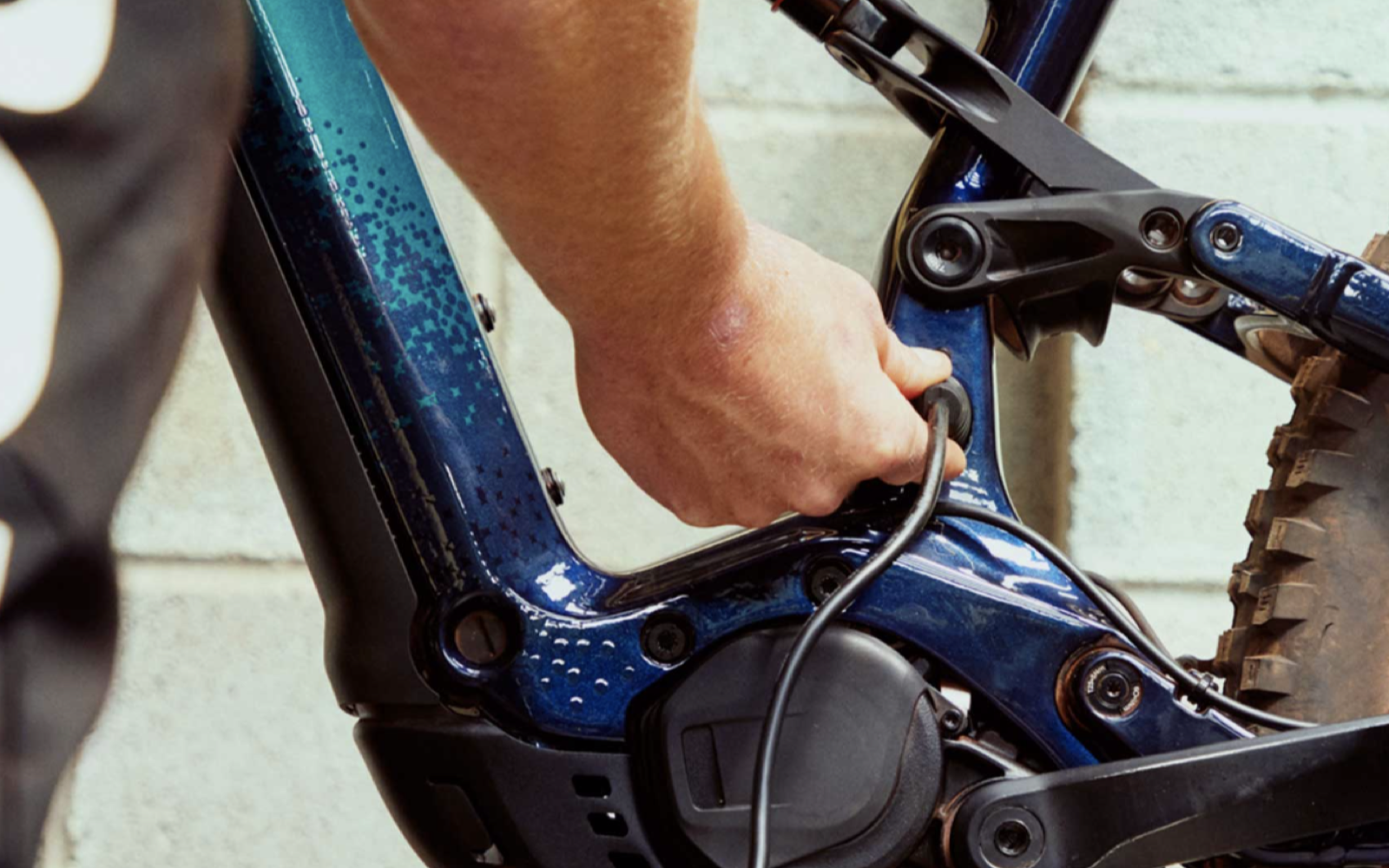 8 – Because it is safer than many other bikes

An electric bike is a modern cutting-edge means of locomotion: it has superior technical and functional standards compared to the old bicycles more frequently used for urban mobility, that is to say all the old – and often battered – models that make up the largest portion of the bike park circulating in our country. Besides being tiring to ride, these bikes are also dangerous because they are not provided with the disk brakes the electric city bikes are equipped with, they do not have adequate and integrated lighting systems which instead the e-bikes have and finally they have reduced section coverage that doesn’t fit at all to the road surfaces of our urban centres. A modern city e-bike can make you fall in love with cycling not only because it assists you in pedalling but also because it has technical and functional standards that will make you move safely and nimbly in the city centres.

9 – Because it’s everything but a scooter

Many people still don’t know that the exact term to define it is “pedal assisted bike” because unlike bikes with electric motor, the e-bike activates the assistance only when the driver pushes on the pedal board, also just a light push, unlike real electric bikes (or speed pedelec) in which there’s no relationship between pedal and engine and that in effect can function as mopeds (indeed the rules of the road equalizes them to mopeds). Basically, if you buy a real e-bike forget about a passive push that will make you move without doing anything. A minimum physical movement is still required and again this will mean a healthier movement of the body that will provide an additional perception of stability and control to the biker. 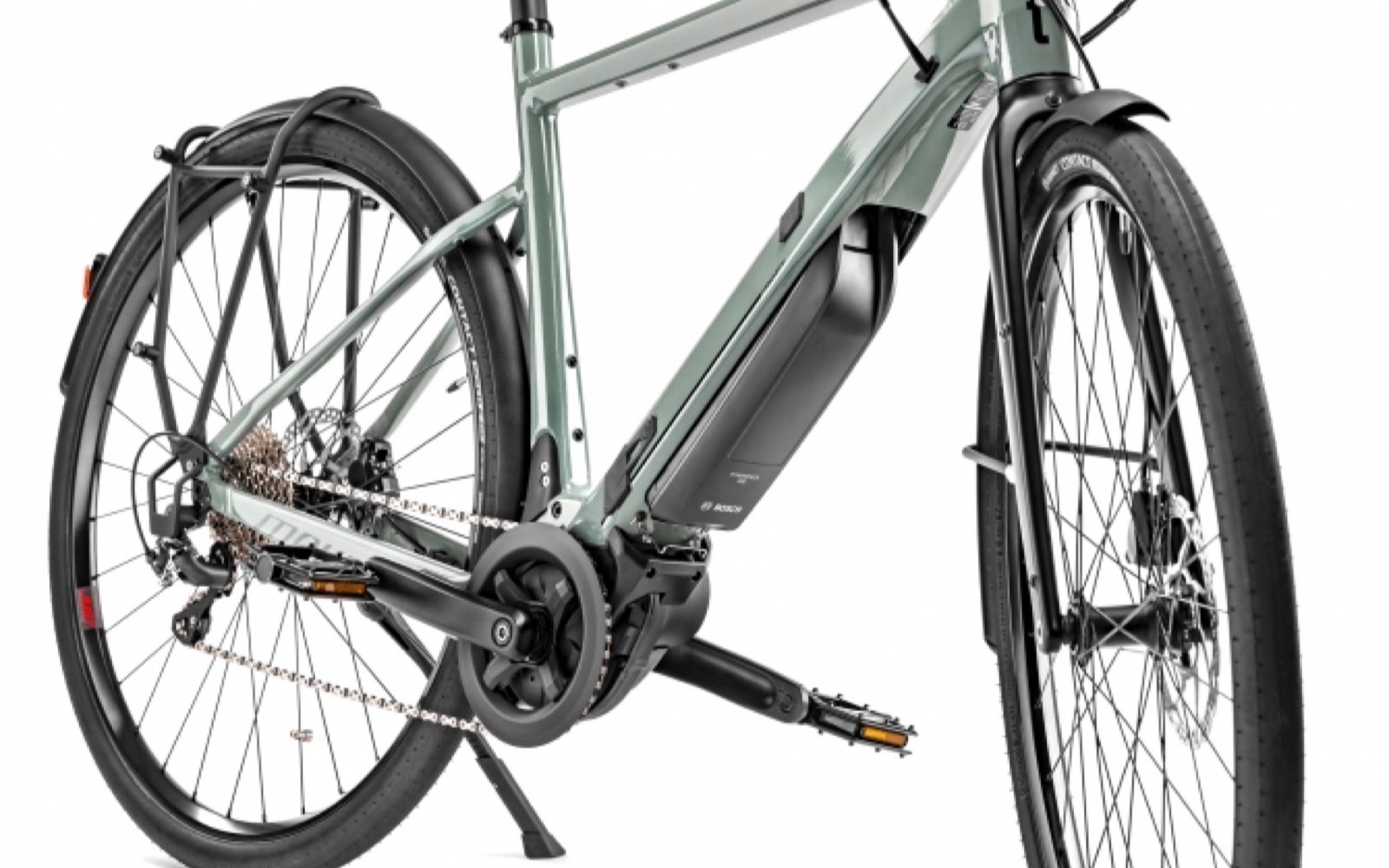 10 – Because it can be often converted into a traditional bike

If we shift from the city e-bike to the sports ones, the e-bike becomes even more versatile and changeable: that’s because the architecture with which the engine and the battery are conceived allows in many cases to remove these ones in order to convert in effect an e-bike in a muscular bike. The conversion procedure is almost always very easy and fast, it allows you to transform in a short time the nature of the bike – and the essential functions too – to adapt it to different uses according to the situation, the degree of training and the needs of the moment. 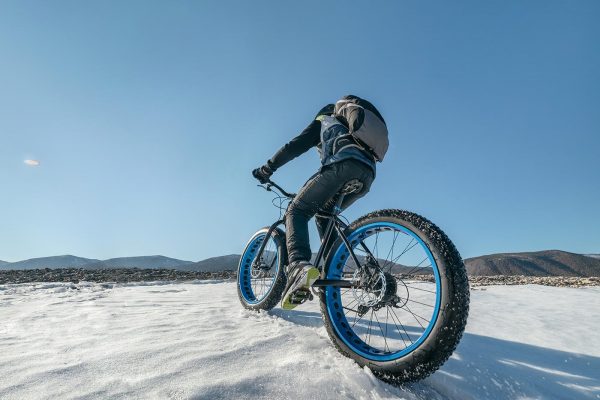