Valtellina is a top choice for those who want to live unique outdoor experiences and in particular for cycling enthusiasts.

The Valtellina unites several valleys and includes in the provinces of Sondrio, with some towns close to Lecco and Como, and a part – the Val Poschiavo – in Switzerland.

The Lombard territory allows you to go for walks, ski and practice water sports and, as mentioned, offers many routes ideal for bikers and cyclists. 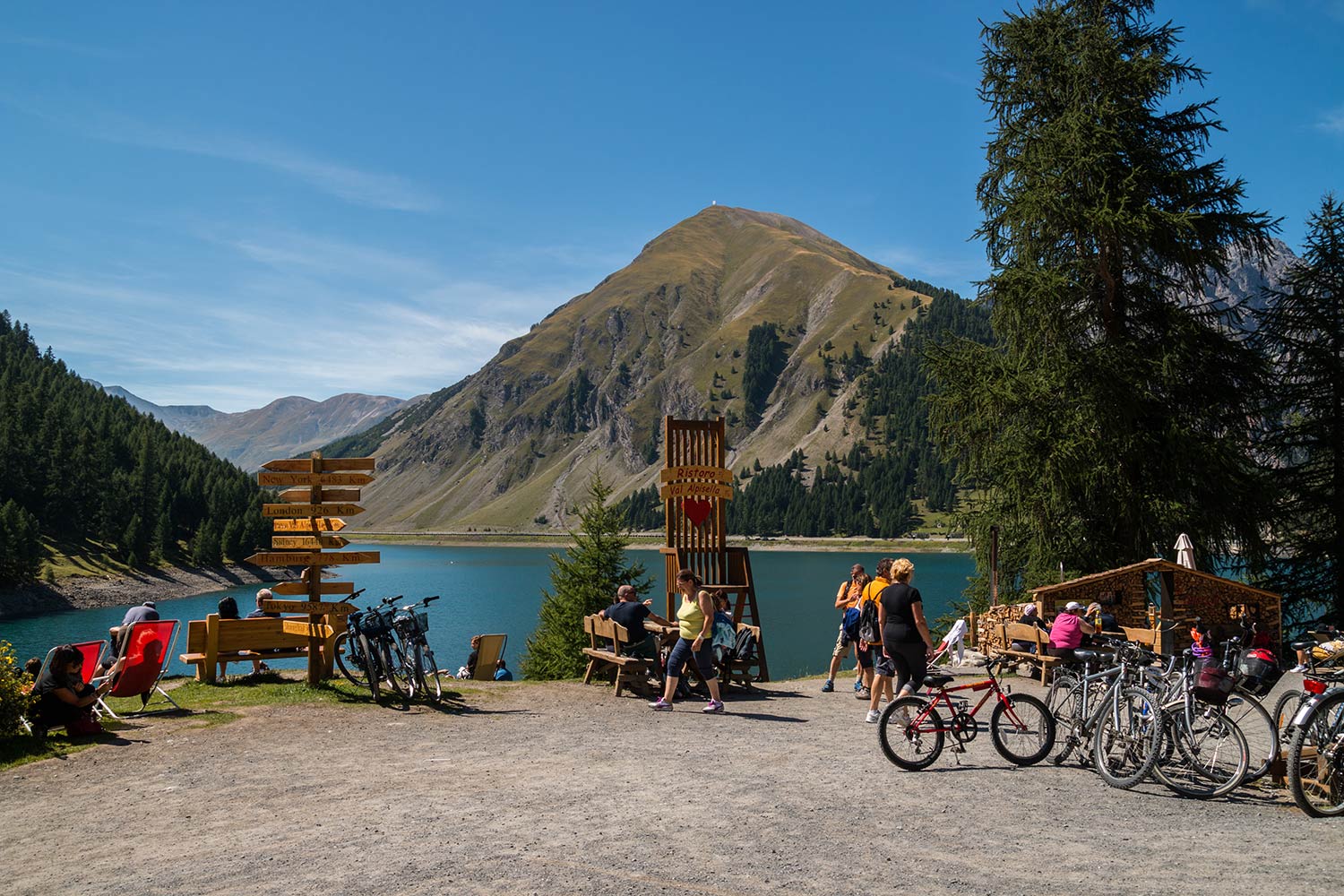 Among the most beautiful routes to follow onbike (but also by trekking), the Via dei Terrazzamenti is worth mentioning, because winds through fine vineyards, historic buildings with many works of art, prehistoric sites, wine cellars, farmhouses and ancient towns.

The 70 kilometers route stretches from Morbegno to Tirano, crossing terraces planted with vines at an altitude of 300 and 700 meters. The path can be tackled by dividing it into several stages, especially if you live this experience with your family. Obviously you can also choose to cover only one stage. 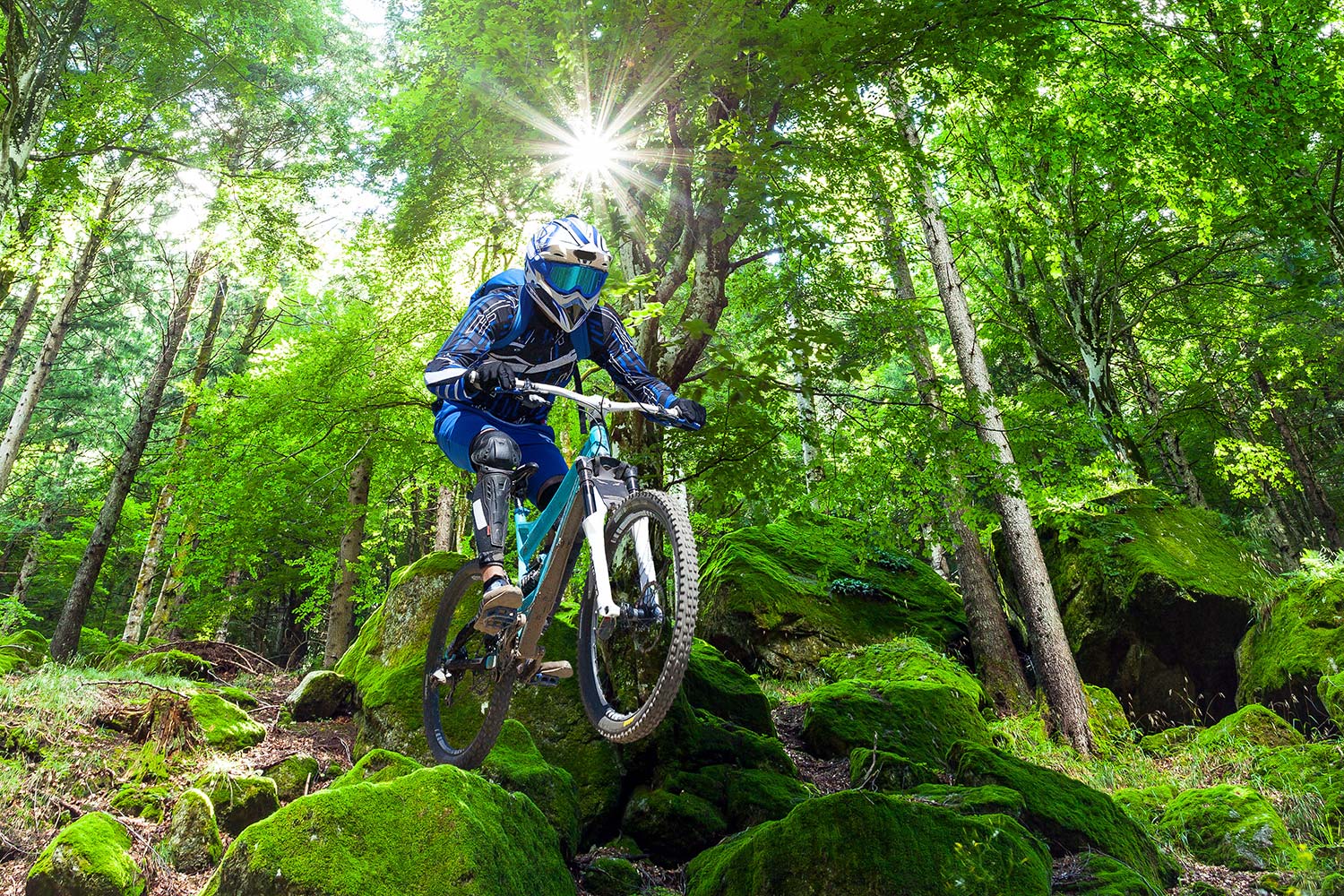 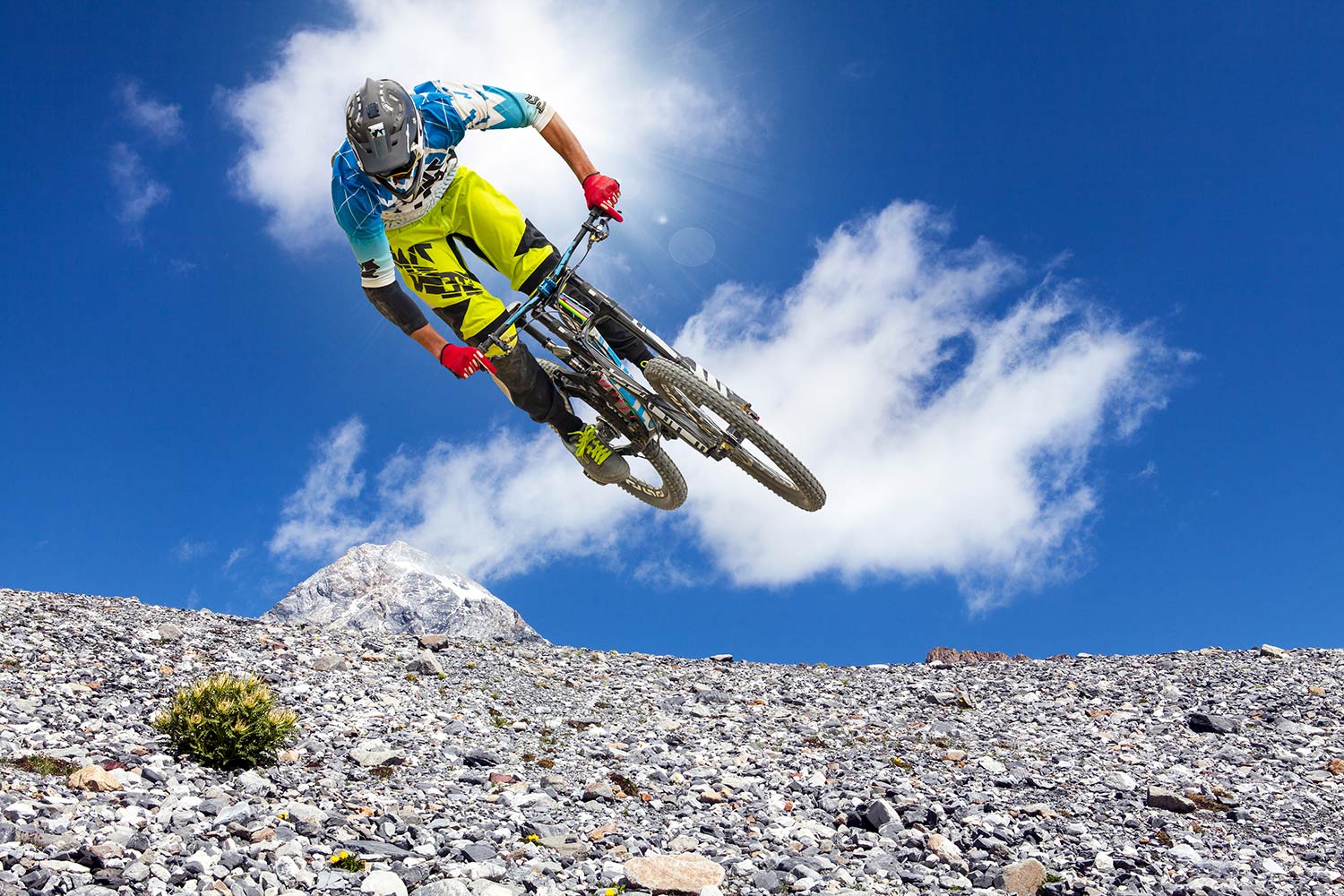 If you are one of those who prefer to have a more adrenaline-filled experience, Valtellina is the right destination. Free-ride bikers can choose between paths, dirt roads and mule tracks in the Stelvio Park with difference in height. To the more experienced bikers we recommend the five descents of Five Crazy Down: Schiazzera (Schiazzera-Tirano), Padrio (Trivigno-Tirano), Tornantissima (Monte Varadega-Grosio), Lagrosina (Cigoz-Grosio), Col d’Anzana (Col d’Anzana-Tirano).

They are marked by different characteristics but you have to be well trained and should have knowledge of downhill driving techniques to follow these routes. 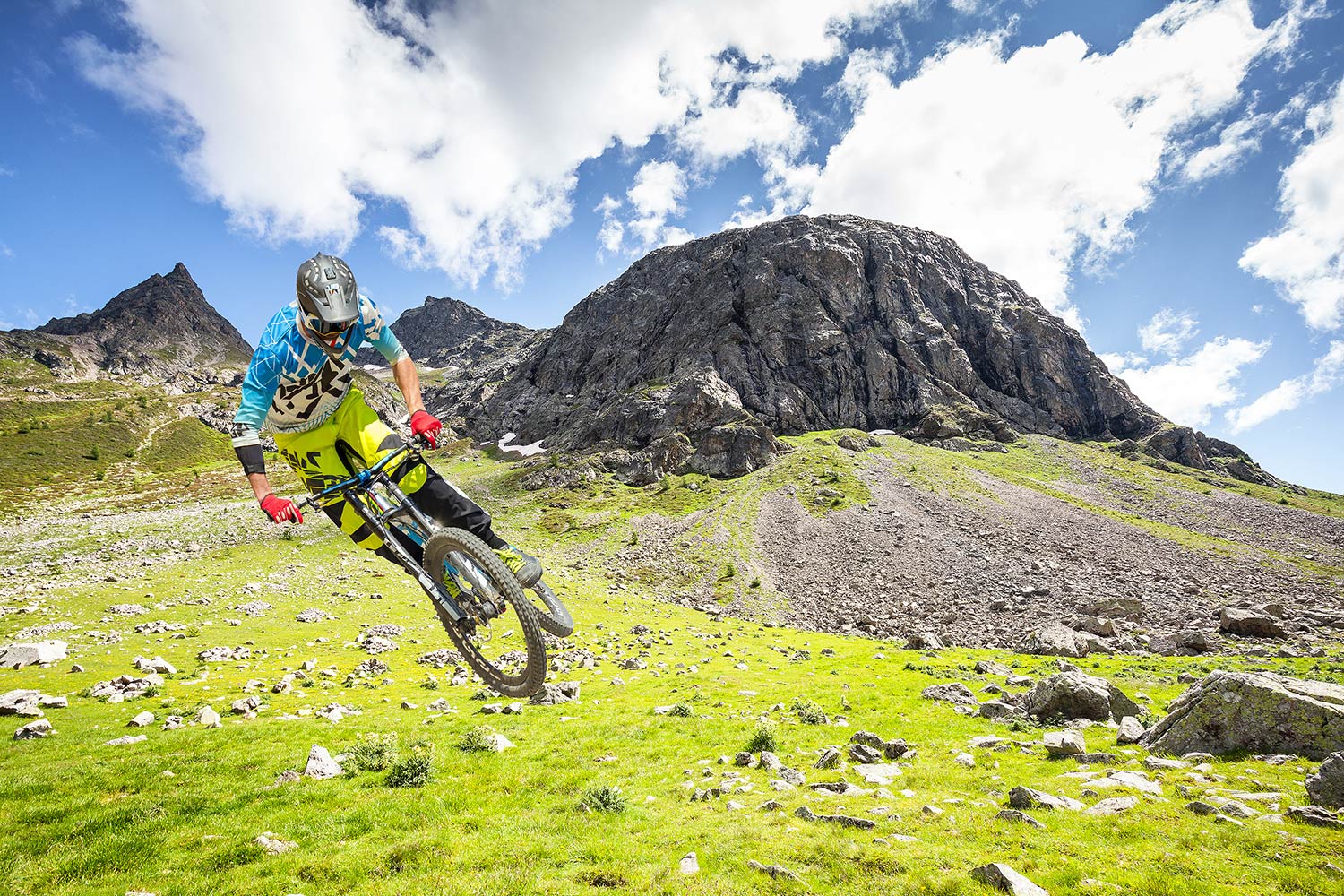 The most famous bike race is the Alta Valtellina Bike Marathon in the Stelvio National Park. Then there are tracks characterized by evocative landscapes: the Crap de la Parè in Livigno, where you can admire a forest of centuries-old larch trees and a rocky overhang, the Val Belviso, located in the Parco delle Orobie Bergamasche, and the Eira Pass, even in Livigno.

The Mortirolo climb, a challenge for experienced cyclists

Even road bike enthusiasts meet their matches in this area.

In particular the grimpeurs, that can follow the steps of legendary cyclists such as Marco Pantani in a mountain that was also a stage of the Giro d’Italia in the last edition: the Mortirolo (also known as “salita del pirata”), one of the hardest climbs of Europe, capable of putting even the most experienced cyclists to the test.

It is 12 kilometers that wind almost entirely in the woods. The northern slope is the hardest and starts from Mazzo di Valtellina with an average gradient of over 10% and peaks that reach 20%. At the eighth kilometer there is the monument dedicated to the “Pirata” Pantani (made in 2006 by Alberto Pasqual) in one of the most beautiful points of the route.

To tackle this climb you need to be well trained and not overdo it in the first few kilometers because then the slopes become really severe. Passo del Mortirolo is open only at certain times of the year (indicatively from May 15th to September 30th) depending on the weather conditions. Passo dello Stelvio is another great challenge for cyclists, with its 2.758 meters being the highest point ever reached by the Giro d’Italia. 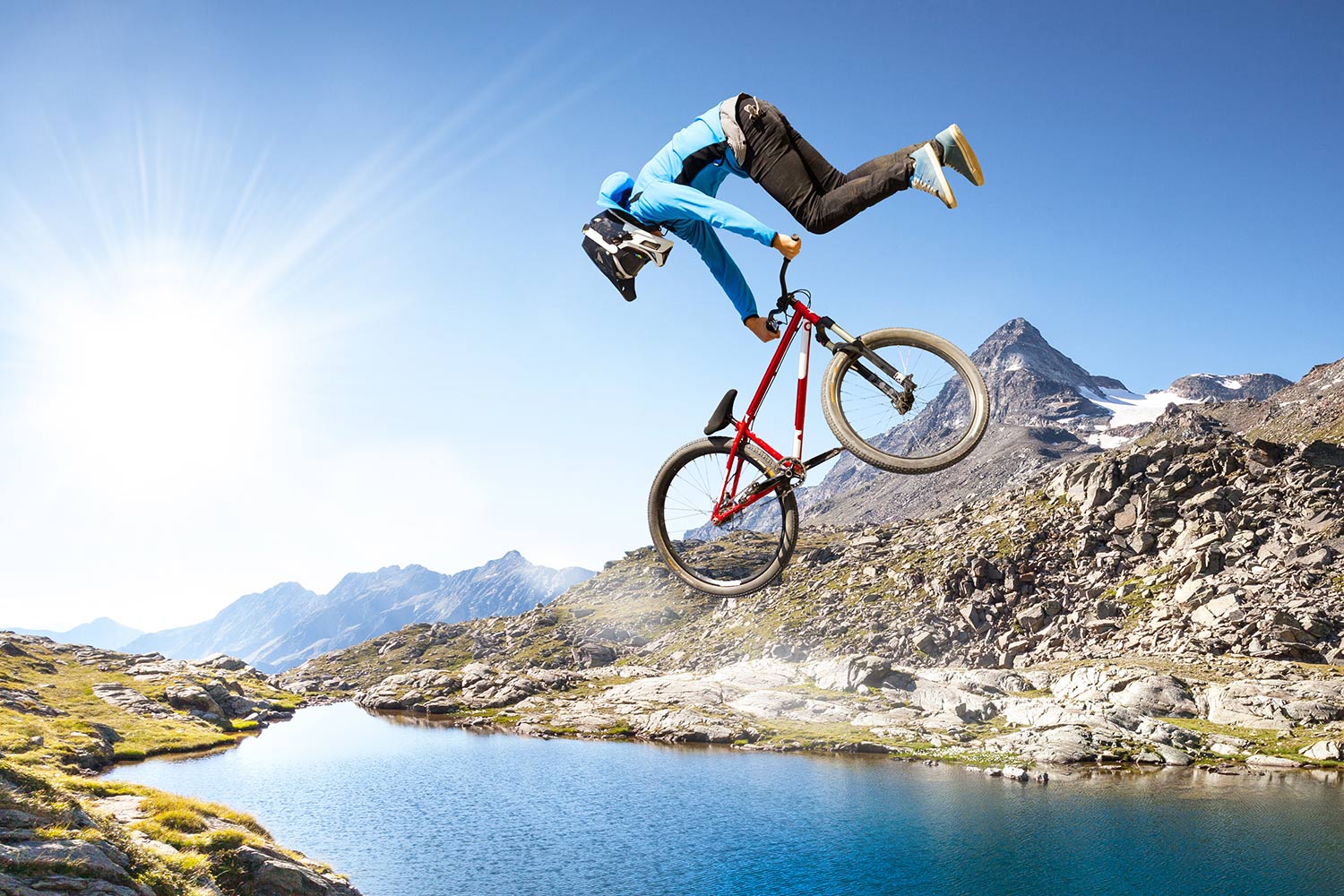 Get on the Bernina Red Train with your bike

One of the most famous attractions of this area is the Bernina Red Train, which departs from Tirano and reaches Saint Moritz, and which allows you to get off at 21 halfway stations for excursions, enjoying also food and wine unique experiences.

On board the train you can bring your bike with you and then get off at one of the stages to take a bike trip. To learn more about tickets and timetables, visit the Bernina Red Train website www.trenino-rosso-bernina.it. 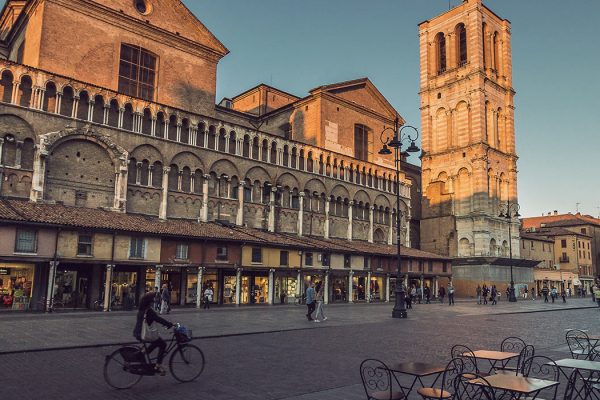 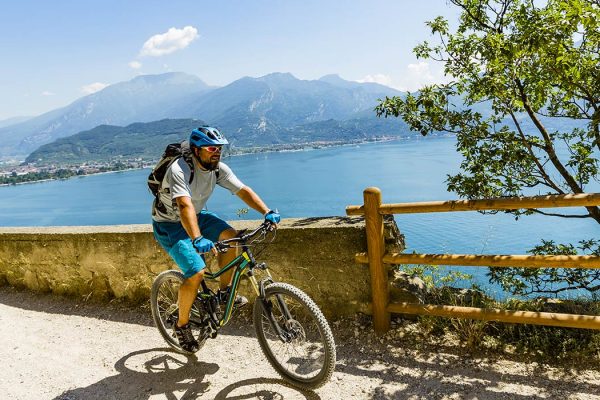